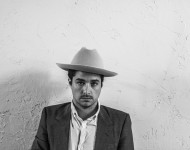 Matthew Logan Vasquez (frontman of Delta Spirit and singer in Middle Brother) is releasing his first solo LP, Solicitor Returns, on Feb. 19, via DevilDuck Records. Since we know that fans of his bands probably can't wait to hear Vasquez's solo material, we have a brand new track to share with you today! You can listen to this song, "Personal" below, and make sure to check out the recently announced UK and US tour dates for Vasquez, too!READ MORE 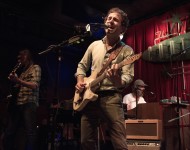 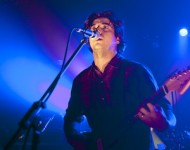 Matt Vasquez revealed that Delta Spirit began writing new album Into The Wide in their Greenpoint, N.Y. studio a couple years ago, but Hurricane Sandy destroyed much of their musical brainstorming.READ MORE

There are few better pairings than AMC's gory zombie thriller "The Walking Dead" and "Last Caress" singer Glenn Danzig. The former Misfits frontman recently revealed that a new song of his may appear on an upcoming episode of the hit TV series.READ MORE