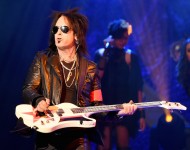 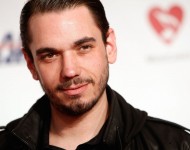 INTERVIEW: DJ AM Documentary Director Kevin Kerslake Talks 'As I AM' Ahead of Tribeca Film Festival Debut

The story of DJ AM is one of tragedy and loss, while also being a tale of triumph and overcoming adversity. The world famous DJ grew to become one of the biggest names in show business during the 2000s as he electrified the nightlife business with his signature style of DJing that combined different styles of music, expert turntablism and showmanship that was unparalleled in his field. Outside of the DJ booth, DJ AM (real name Adam Goldstein) suffered from drug addition and grew up in tragic circumstances. This is all chronicled in a new documentary about Goldstein by veteran music video and documentarian, Kevin Kerslake. The film titled "As I AM" is being premiered tonight (April 17) at the Tribeca Film Festival in New York City.READ MORE