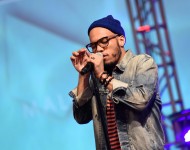 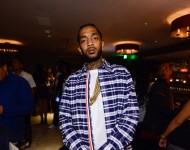 Nipsey Hussle's new mixtape, 'Mailbox Money,' is set to drop tomorrow, Dec. 31, but if that's too long for you to wait for new music, Nipsey has shared a new song titled "Choke" featuring Young Thug and Rich Homie Quan, which you can check out here. The song features some heavy-hitting, dramatic production from London On Da Track and opens with a lengthy sample of Samuel L. Jackson's climactic speech from "Pulp Fiction." The vocals don't seem to be mixed very well though and often rise uncomfortably far above the beat.READ MORE 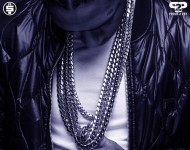