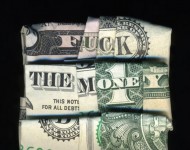 Talib Kweli has been pretty quiet in the past few years on the music front, but yesterday, the New York City rapper decided to surprise his fans with a free album. Kweli brings out some big names to contribute on the project, aptly titled 'F*ck The Money,' like Miguel, Ab-Soul, Styles P, Fall Out Boy's Patrick Stump and others.READ MORE

Fall Out Boy dropped the third single from their upcoming album, American Beauty/American Psycho. "Irresistible" is reminiscent of "My Songs Know What You Did in the Dark (Light Em Up)," but more concentrated on a romance that hurts so good. The rocker follows singles "Centuries" and "Immortals."READ MORE 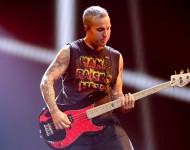 Fall Out Boy Surprised By Mainstream Resurgence: 'We Thought That Was the End of Radio For Us'

One of pop's most unlikely comeback stories, Fall Out Boy, have successfully transitioned from their old punk roots to dance music, and stayed on top of the charts while doing so.READ MORE