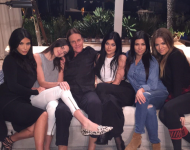 Kim Kardashian Is Devastated Over Inability to Conceive Again, Leaning Heavily on Her Sister Khloé

Yesterday, Jan. 20, Kim Kardashian gave us a glimpse at the cover of her new book of selfies and she also shared some photos of herself in a furkini. Just another typically self-absorbed day in the reality star's life, right? Well, while the entire Kardashian family really likes to present a united front and the image of a perfect life, it really is just smoke and mirrors. Sure, Kardashian may have lost the baby weight and found a few ways to keep grabbing those coins, but she is still struggling just like everyone else. We first heard about her struggle to conceive baby No. 2 right before Christmas, and apparently it is really taking a toll.READ MORE 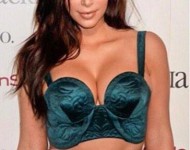 It does not take much to see that the marriage of Kanye West and Kim Kardashian is already under ridiculous strain. The couple spent nearly a month apart and were even an ocean apart for the Thanksgiving holiday. West's being photographed in Paris rather than celebrating with his family led to all sorts of speculation that things are not good between them. Now we are learning that the rapper did reunite briefly with his wife before fleeing the country again. According to a report by Radar Online, Kardashian and West spent a few rocky days in New York City this past week before he left for Paris. Sources close to the couple say they have hit an incredibly rough patch, and many things are dividing them. Kardashian reportedly feels like their marriage is just a business arrangement and that West puts his new family way down on the list of priorities. Their living situation has also turned into a major bone of contention, as Kardashian has been living at her mother Kris Jenner's house for nearly two years now. Not only does the couple not have a home of their own, but West reportedly has every intention of making Paris his permanent residence next year, and little North West will be going with him. Kardashian is adamant about remaining in Los Angeles and keeping their baby with her.READ MORE 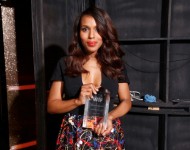 Kerry Washington's marriage to Nnamdi Asomugha, a former American football player on three NFL teams, has always been a little bit different. Even the most private of celebrity couples are usually spotted on the red carpet together occasionally, but not these two. Even during awards season last year, when Washington's hit show "Scandal" was in contention, Asomugha was never with her for support. When Washington celebrated her birthday last winter, her husband was on the opposite coast for a Super Bowl party. The birth of baby Isabelle last May has not made the couple closer either, it seems, and now many are wondering if a split could be near. In the past, Washington made the mistake of allowing her personal life to read like an open book and it burned her, so it makes sense she would now fiercely guard her family's privacy. Back in the October 2013 issue of "Glamour," Washington defended her right to silence, saying: "I'm walking around in the world with my ring. And when people say congratulations, I say thank you. But I'm going to continue to not talk about it and just let it unfold."READ MORE