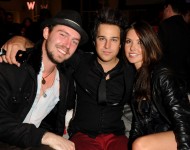 Ryan Cabrera Spotted At Stagecoach Festival With Audrina Partridge: Are They Back Together?

Ryan Cabrera and 'The Hills' star Audrina Patridge were spotted hanging out this weekend at the Stagecoach music festival. A source confirmed that the ex-lovers are back together after years of being apart.READ MORE 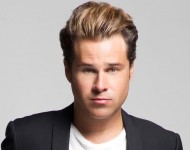 Although you haven't seen him on reality television in a while, Ryan Cabrera is still making music, and has new material on the way. He just released his latest single "House on Fire" and has a full-length album tentatively planned for March 2015, after which he'll go on tour with his full, four-piece band for the first time since 2008. Music Times sat down with Cabrera following the release of his new single to talk about what he's been up to recently, and why now is the right time to release a new record. His new music isn't all we talked about, though. We also got the scoop on his Ryan Gosling tattoo and his pop culture/Disney inspired artwork, why he's such a big fan of Dave Matthews, what really happened between him and E! reality stars who inspired Sofia Coppola's The Bling Ring, how he ended up dating Ashlee Simpson, his thoughts on his iconic early-2000s hair, and more.READ MORE