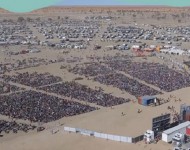 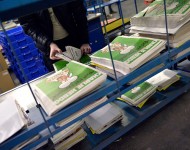 Renald Luzier, the cartoonist who drew the cover of the Survivor's Issue of "Charlie Hebdo" is an incredibly lucky man. Had he not overslept last week, he would have attended that ill-fated editorial meeting that was ambushed by two gunmen in Paris. As one of the surviving members of the staff, he stressed the importance of designing the kind of cover that the terrorists did not want them to create. As "Charlie Hebdo" has managed to continue on, French police and investigators have now made 54 arrests across the country in connection with the most devastating attack on French soil in 50 years. French prosecutors have been ordered to crack down on anyone spewing hateful speech, anti-Semitic tones and those who are blatantly glorifying terrorism. Twenty people died, including the three gunmen, in last week's horrific wave of violence, and the French government believes it is necessary to take a pro-active approach now. Obviously, something was overlooked before because all three militants were supposedly known to the French and U.S. governments butt no one realized what was being planned. There is a chance that they were part of a sleeper cell that was lying dormant with an already-established plan for three years. Once they were activated, they would have already known what to do. By making arrests now the French are likely hoping to clip the wings of people who could be a significant problem later. The French people have remained united throughout everything and many countries across the globe have joined in supporting them. The newest issue of "Charlie Hebdo" sold out in minutes this morning, Jan. 14.READ MORE 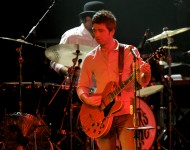 The U.K. has spoken, they are ready to see Noel Gallagher's High Flying Birds in concert. Tickets for the musician's upcoming tour sold out in 10 minutes.READ MORE