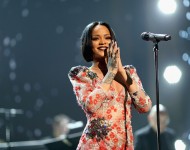 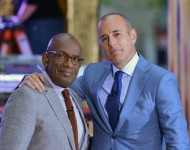 Did 'Today's' Matt Lauer Have an Affair with Giada De Laurentiis?

Giada De Laurentiis has been plagued with rumors ever since announcing her split from husband Todd Thompson last week. She has been accused of cheating on her soon-to-be-ex with several different men, and while De Laurentiis is denying all accusations of infidelity, there is one that is raising eyebrows. The celebrity chef has been accused of hooking up with the host of "The Today Show," Matt Lauer, who is often the subject of cheating rumors himself. According to Page Six, De Laurentiis denies getting cozy with the married Lauer in 2011 in Barbados, where he was filming a segment for the NBC morning news program. The problem is that Lauer has been accused of cheating on his long-suffering wife Annette Rogue, with numerous women over the course of their 17-year marriage. Even just a few weeks ago we told you about how Lauer chose to spend last summer holed up in his New York City apartment rather than out in the Hamptons with his wife and children. That was after NBC agreed to have a helicopter fly him to and from work each day so he could be close to his family all summer. It is Lauer's dicey history that is making many wonder if something did happen a few years ago with De Laurentiis.READ MORE