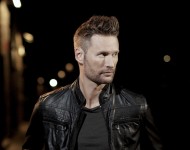 Two of the biggest, most successful movies of 2015 are Furious 7 and Avengers: Age of Ultron. Though these films broke box office numbers and garnered plenty of acclaim from fans, they have one other very important element in common: composer Brian Tyler. The multitalented songwriter is used to having many projects on his plate, working with top producers and directors, and delivering important musical moments that help guide the overall effect of a movie. In our exclusive Q & A interview with Tyler, we discussed the emotional side of Paul Walker’s final Furious appearance, creating emotional responses with the audience, working on franchises and much more!READ MORE 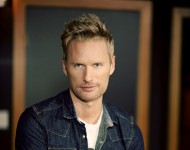 Brian Tyler is easily one of the busiest composers around today, especially in the month of August thanks to the releases of movies for which he composed the scores (including Teenage Mutant Ninja Turtles, Into the Storm, and The Expendables 3). He even co-wrote and produced the theme song to TMNT, "Shell Shocked," under his solo project moniker, Madsonik, working with some great Hip-Hop artists of today. In Music Times' exclusive interview with Tyler, we learned just how he got into the world of composing for film, TV and video games, and even delved deeper into his upcoming projects - which includes Avengers: Age of Ultron and many others.READ MORE