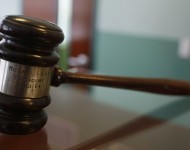 Joran van der Sloot's name has made headlines ever since he was tagged as the prime suspect in the 2005 disappearance of Natalee Holloway. She disappeared from a graduation trip to Aruba and the last person Holloway was seen with was van der Sloot. At the time his father was a sitting local judge and van der Sloot slipped through the legal cracks because of it. He is currently serving a 28-year sentence for the murder of Stephany Flores in 2010. Van der Sloot was recently transferred to a Peruvian prison was he was reportedly stabbed twice and left quite possibly in critical condition, according to Reuters. According to CNN, van der Sloot's new wife, Leidy Figueroa, claims her husband was stabbed twice: once in the shoulder and once in the waist. Both injuries are reportedly 2 centimeters — or 0.8 inches — deep, leaving him in pretty bad shape.READ MORE 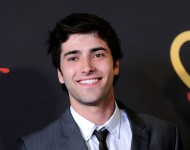