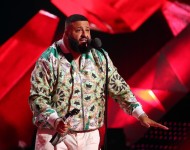 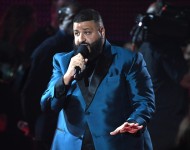 DJ Khaled got roasted on Twitter after admitting in an interview from 2015 that he never performs oral sex on his wife, but expects her to pleasure him. Twitter users also pointed out the blatant misogyny in his comments.READ MORE 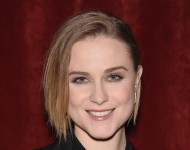 Since revealing she's bisexual in a 2011 issue of 'Esquire,,' 'True Blood' star Evan Rachel Wood has remained surprisingly open about her relationships and sexuality. With Bisexuality Awareness Week kicking off Sunday (Sept. 20), the actress recently used posts on her Twitter account to shed some light on the struggles she says bisexuals face within the community, including a personal battle with depression.READ MORE 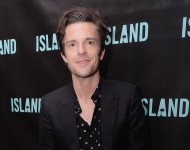 Brandon Flowers may have gone back to the 1980s for inspiration for his new single "Can't Deny My Love," but for its music videos he's going all the way back to the 1830s. Today (March 30), The Killers frontman debuted the visual for the song, and with some help from Evan Rachel Wood and the short story Young Goodman Brown, we get a tale of Satanic rituals, Puritan villages and a wife who may or may not be who she claims to be.READ MORE