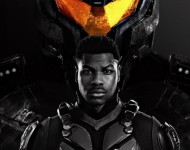 WATCH: 'Pacific Rim Uprising' Trailer Is Out, And It's Got Jaegers Fighting Each Other

Legendary has released a new trailer for 'Pacific Rim Uprising,' the follow-up to Guillermo del Toro's 2013 monster movie. It offered new never-before-seen scenes of the movie including a Jaeger on Jaeger combat.READ MORE 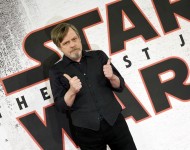 ‘Star Wars: The Last Jedi’ director and cast took to social media to laugh mercilessly at a fan-made no-women cut of the film. The ‘de-feminized’ edited version scrapped out all significant female roles from the film.READ MORE 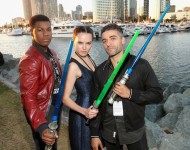 You've most likely seen the amazing new extended trailer for Disney and Lucasfilm's highly anticipated 2015 movie, Star Wars: The Force Awakens, directed by J.J. Abrams. It premiered during ESPN's Monday Night Football halftime break, and has already been searched and viewed by millions on YouTube. At least two of those viewers were none other than Daisy Ridley and John Boyega, the young stars that lead the new and returning cast members of Episode VII. In fact, these two actors took to Instagram to share their reactions in some great videos. Watch the new trailer and these stars' reactions below.READ MORE