TagsPaul Revere and The Raiders 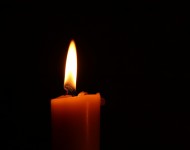 Keith Allison Dead at 79: Legendary Songwriter From Paul Revere & the Raiders Cause of Death Revealed

Singer and songwriter from the 1958 rock band Paul Revere & the Raiders, Keith Allison, reportedly passed away at the age of 79.READ MORE 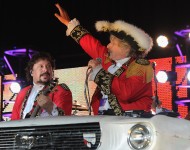 Paul Revere of The Raiders Dead at 76; Band Famous for Hits Like "Indian Reservation (The Lament of The Cherokee)"

Paul Revere, the organist and bandleader for Paul Revere and The Raiders—one of the more under-appreciated gems of the rock 'n' roll era-has died, according to Rolling Stone. The band's official website didn't reveal a cause of death but it's believed that Revere had been dealing with cancer during the last year with his life.READ MORE