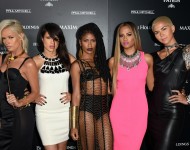 Financial Strain And Fear Of Not Being Successful In The U.S. Reportedly Drove Simone Battle To Suicide

Nearly a week after G.R.L. band member Simone Battle was found hanging in a closet of her West Hollywood home some sad details are beginning to emerge. At first Simone's father expressed shock at his daughters' suicide but now that reality is starting to settle in we are hearing that money was one of the things depressing the 25-year old singer. Friends and other family members have started to discuss the fact that Simone was extremely concerned about her finances, in spite of having just dropped an EP with G.R.L.READ MORE 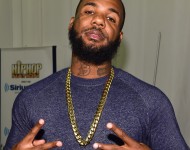 Following the untimely death of G.R.L. member and former X Factor contestant Simone Battle, various celebrities have memorialized the young star by remembering her work and sending prayers to her family and friends. Rapper the Game is the latest to do so.READ MORE 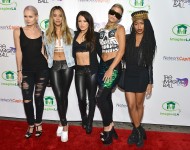 On Friday morning G.R.L. group member Simone Battle was found hanging in a bedroom closet in her West Hollywood home and on Sunday L.A. County Coroner's Lt. Fred Corral confirmed that the 25-year old songstress' official cause of death was suicide by hanging. While some have speculated that Simone was severely depressed for quite sometime her father seemed truly shocked by his daughter's passing. He spoke out saying that he was confused by the thought of Simone deciding to end her own life.READ MORE 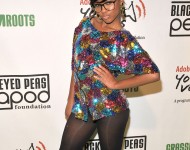