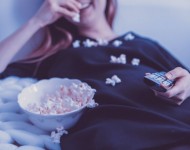 Get These Great Family Movies for Mother’s Day

These memorable movies from Amazon will surely boost your love for your Mom.READ MORE 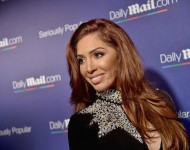 Drama is no stranger to MTV's popular reality show 'Teen Mom,' but the arguments and fights that occur on the show typically don't involve the other cast members, untl now. On Friday (Dec. 18), controversial star Farrah Abraham called out several of her 'Teen Mom' co-stars for verbally attacking her in a video.READ MORE 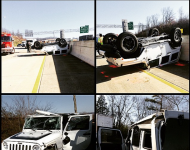 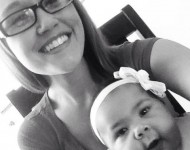 Jordan Cashmyer was featured in an episode of MTV's "16 & Pregnant" that aired last June that left viewers a bit stunned. At the time she was pregnant with her daughter Genevieve and homeless in Maryland. Since having her baby last March, Cashmyer did finally secure a roof over her head, but other things fell apart. First she confirmed that she had started working in a Baltimore strip club, and now she admits her temporary silence on social media was due to a suicide attempt and subsequent hospitalization. Rather than letting rumors spin out of control, Cashmyer addressed the situation herself, writing on Facebook: "I have been struggling with a lot of different things emotionally since I had Genevieve. I was diagnosed with post partum depression and was on medication for a little while for it, but I never followed up with my appointment... My mood wouldn't stay stable for very long, I was extremely impulsive, couldn't focus, the smallest things would set me off, and my anxiety got worse, as did my depression and OCD."READ MORE