The Show Must Be Paused: Entertainment Companies Suspend Business on "Black Out Tuesday"

The US entertainment industry is taking a day off to show solidarity with the "Black Out Tuesday," June 2.READ MORE 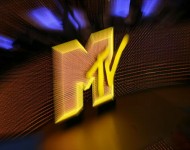 Your correspondent got into the journalism game a few minutes too early. What was once an understood part of the journalism college curriculum, required internships that were more often than not unpaid, have almost been entirely done away with. If any employers are still hoping to get free work from wannabe university students, they might think otherwise after another settlement was made in a case where the aforementioned interns sued for violation of labor laws. Viacom just settled (in principle) a class action lawsuit regarding unpaid internships at its holding MTV.READ MORE

Viacom picked up a large tab after a reality show about rapper T.I. aired a dead body.READ MORE