Jeffree Star Was Supposed to be The Next Lady Gaga: What Happened?

Jeffree Star, born Jeffrey Lynn Steininger Jr., is mostly known as a makeup YouTuber and cosmetics entrepreneur. However, what most people probably missed is that he had a brief career as a musician as well.READ MORE 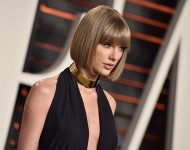 Rumored Taylor Swift MySpace Comments from Mid-2000s, the Kind of Nostalgia We All Love

Before Twitter, Facebook, Instagram and even LinkedIn, MySpace was the end-all, be-all social media destination. After taking the top spot away from Friendster as the main online destination of pre-teens to late teenagers, MySpace was basically running the Internet, and 2004 and 2005 were the years that the service was enjoyed by all - including Taylor Swift (allegedly). BuzzFeed this week shared some comments that were reportedly written by the Grammy winner when she was a teenager, reminding us all that the MySpace versions of ourselves were very strange. Share the (rumored) nostalgia with us below!READ MORE 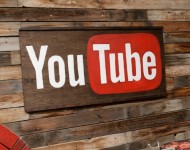 If you're engaged with the debate over how much streaming services such as Spotify are paying performers for their wares and want to take your business to those who reward performers most, this chart from Digital Music News might help you in your quest. The site got data from an American independent label (unnamed to protect the imprint's business interests) with a global distribution deal with a "major" digital distributor.READ MORE