The 2015 Hangout Music Festival kicked off Friday in Gulf Shores, Alabama, and today we bring you the highlights. We saw Trampled by Turtles, Jenny Lewis, Spoon, and Foo Fighters on the Hangout Stage; Joywave and Cold War Kids on the Palladia Stage; Charles Bradley & His Extraordinaires and Paramore on the Surf Stage; Halsey and Houndmouth on the BMI Stage; and Arcade Fire's Win Butler as DJ Windows 98 on the Salt Life Stage. Check back tomorrow for the best things we saw on Day 2! 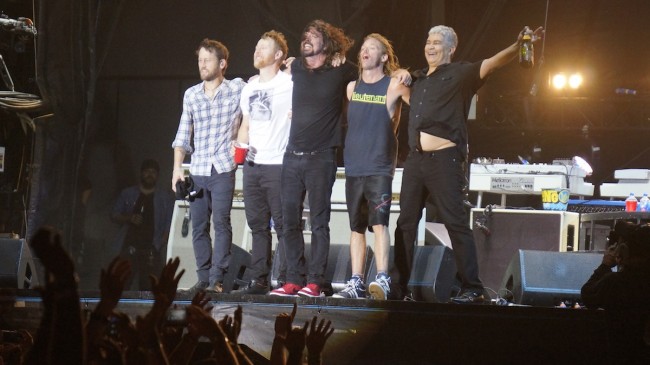 Damn. Hit after hit. The combination of bringing up Preservation Jazz Hall Band AND members of Zac Brown Band made the set from Foo's memorable. Not to mention the awesome cover of Bowie and Queen's "Under Pressure" toward the latter part of the set. Hearing an entire beach screaming the chorus to "Everlong" was a great way to close the first night of Hangout Festival. 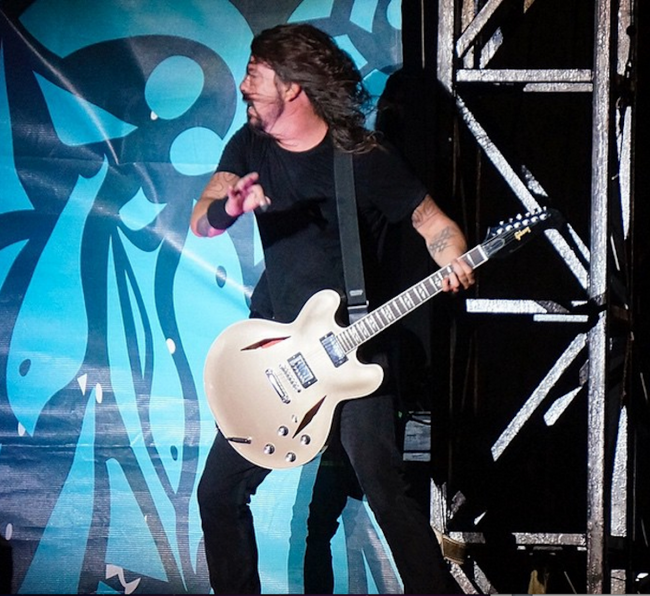 Duh. He is the most badass rockstar at this festival (and maybe in the entire music scene). The way he commanded the audience with his soaring voice and storytelling in between songs was incredible. This was my first time seeing Foo Fighters live, but it most certainly won't be my last. 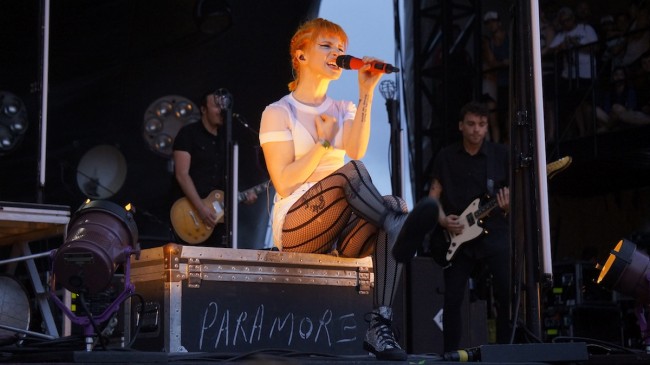 Williams has always had a very vibrant and expressive personality, but she stormed the Surf Stage with red cornrows and a white crop top. Hayley was primed and ready to fit right in with the crowd on the sunny Gulf Shores beaches. 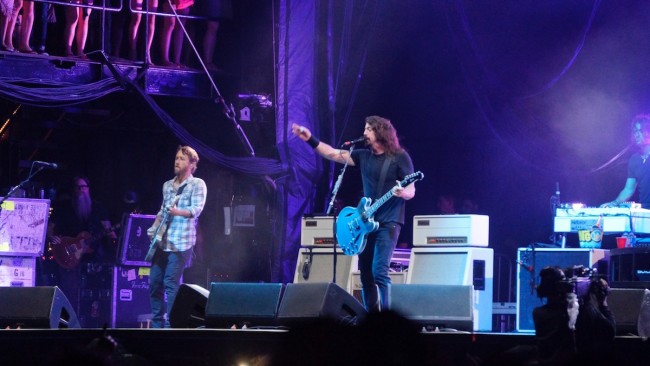 The Foo covering "Under Pressure" was an excellent hard rock translation of the classic David Bowie/Queen tune.

Oh, Spicy Pie. I've missed it you much over the long winter months. Spicy Pie is a true sign that festival season and summer is here. Confession time: I ate Spicy Pie two times yesterday, and will probably be going back for more before the weekend is through. Worth the 15 minute wait, no question. 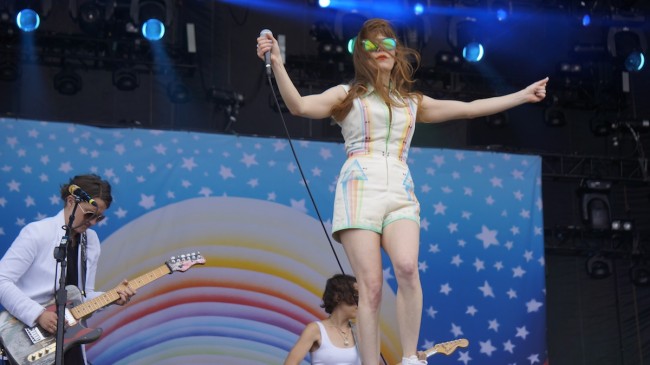 The vibrant pop sounds of Jenny Lewis and crew went down real smooth on a hot Friday afternoon on the main stage at the beach. Just a perfect fit for the festival. 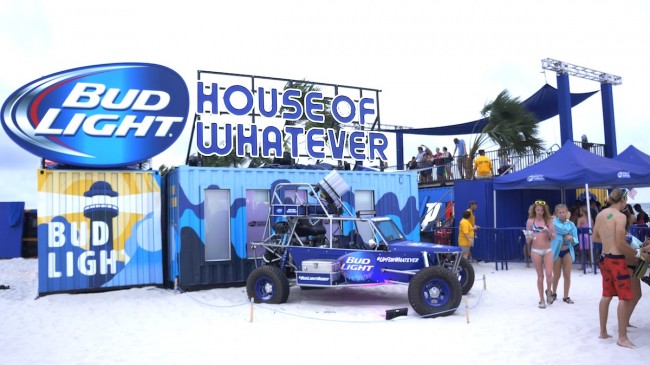 Bud Light's new installment of the "House of Whatever" has been placed on the beach in between the two main stages and sticks out like a sore thumb.

THE BEST ADDITION TO THIS YEAR'S FEST:

Hangout added a second row of speaker stands to one of the main stages (formerly the Chevy stage, now known as the Surf Stage), which has increased sound quality exponentially. There were a lot of complaints from last year's sets from Jack Johnson and Portugal. The Man who were on the stage and did not have their sound travel back far enough. Folks in the back of the crowd were getting very weak tones from guitars and vocals were carrying with the wind from the shore. The new speaker stands near the soundboard are a very welcome addition this year.

A quick little fight broke out right before Paramore hit the Surf Stage at about 7 p.m. One dude had his face buried in the sand for a few minutes as the other fighter landed several punches to his face and stomach. Who knows why the fight broke out, but it ended very quickly as a few members of security were on top of it and rushed to the scene to break up the fight. Also, who fights at a Paramore concert on the beach? 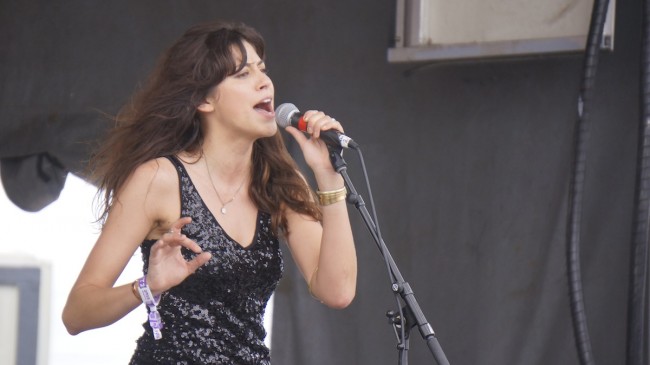 Houndmouth put on a really fun live set, and the way the band splits the lead vocals evenly among themselves gives off a really good vibe and keeps the set fresh and exciting. The band played a lot of cuts from their brand new album, Little Neon Limelight, which you should definitely check out.