The 2015 Hangout Music Festival kicked off Friday in Gulf Shores, Alabama, and today we bring you the Day 2 highlights. We saw Zac Brown Band, Future Islands, and Sylvan Esso on the Hangout Stage; Skrillex and The Mowgli's on the Surf Stage; Father John Misty and ODESZA on the Palladia Stage; Adventure Club and Beats Antique in the Boom Boom Tent; and Strand of Oaks on the Salt Life Stage. Check back tomorrow for the best things we saw on Day 3! 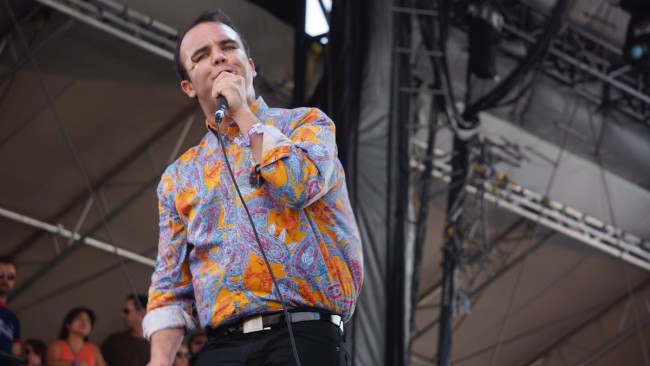 Intense and riveting, this man has dance moves unlike any other. He would be stage-right one second then, in a flash, be dancing on stage left. It was hard to keep up with him at times, but he certainly has a passion that pours out into the microphone and on the stage, and it's very, very fun to watch. 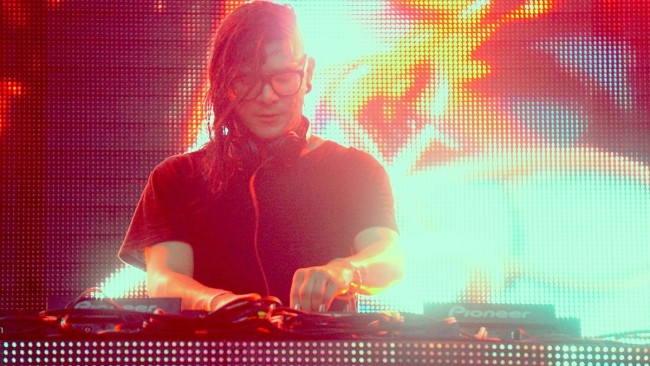 I didn't know the beach could fit that many people. It felt like 95 percent of the entire festival crowd was huddled on the beach in front of the Surf Stage. Lots of dancing, lots of sweat everywhere. 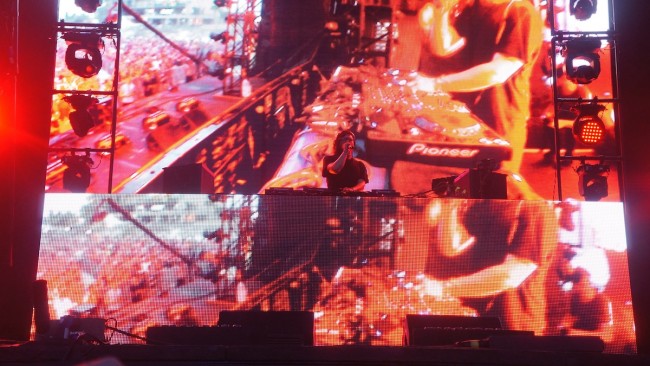 I was guilty of being "that guy" during the packed Skrillex show on the beach. After getting a photo shoot in at the Father John Misty set, a few of the photogs decided to sprint to the other end of the festival in time to catch Skrillex's first few songs. This included trying to filter ourselves in to the front of the crowd where we could make our entrance to get our photo shoot. We wedged in wherever we could and weaved in and out of dancing fans, apologizing on our way to everyone on the way up to the front. Not something I normally do at concerts and a few people were upset as we made our way through to the front.

BAND THAT NEEDED A BIGGER AUDIENCE: STRAND OF OAKS

Timothy Showalter puts his heart and soul into his sets and is the most grateful musician I've seen thus far this weekend. This band is headed for big things, including a fall tour with My Morning Jacket. Yet, the audience was very thin for the late afternoon set at the Salt Life Stage.

FAVORITE SONG OF THE DAY: "FUNERAL BEDS" BY THE DISTRICTS 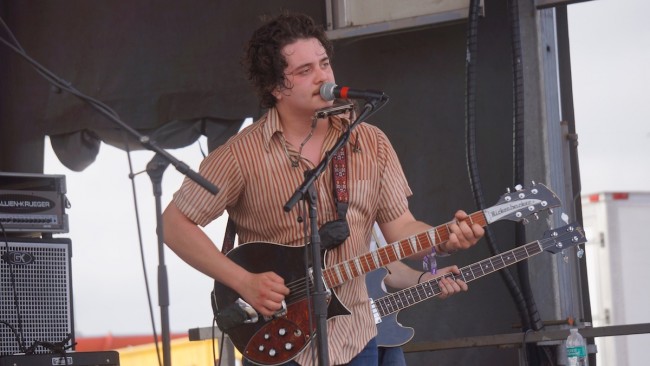 I first heard this track about a year ago on the way to another music festival (Bonnaroo), and I immediately had to know who this band was. The live translation was even better than on record. The Districts are certainly a band to watch out for. 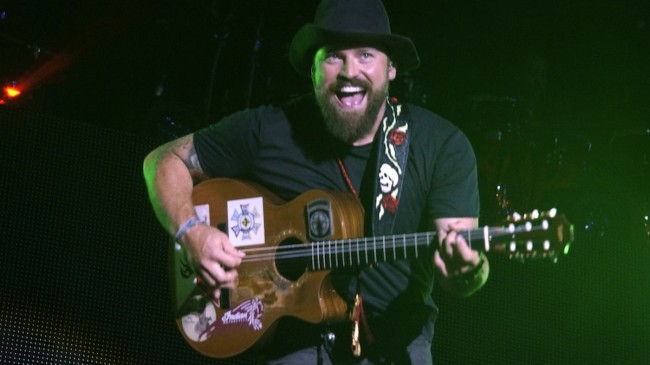 I was not a huge fan initially, but man these guys can pull off one hell of a headlining set. The set included covers of Metallica's "Enter Sandman" and Queen's "Bohemian Rhapsody," which were both impressive cover songs. Not to mention, a lot of Zac Brown's music works perfectly for being on the beach, like "Knee Deep" and "Toes."

MOST OUT OF MY COMFORT ZONE SET: ADVENTURE CLUB 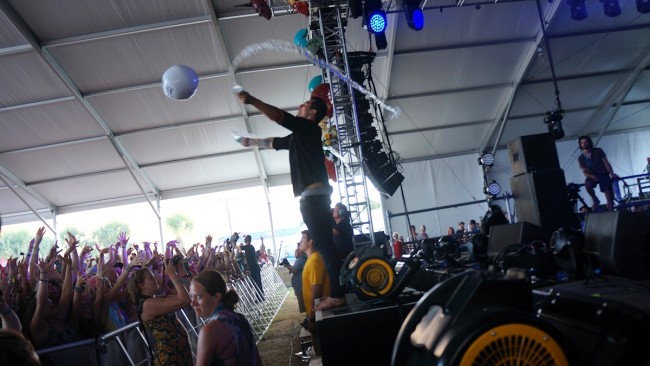 Adventure Club is an impressive duo EDM act that had the crowd hyped ten minutes before they even hit the stage. Not my usual cup of tea, but they certainly put on a fun, energetic show at the Boom Boom Tent. I wouldn't mind catching their set again somewhere down the road...

Don't get me wrong, I really enjoy ODESZA, and they did the best with their given time slot; but a lot of their shows rely on being late at night or at least after the sun goes down. Their music just works and clicks so much better with the vibrant light show. The late afternoon set at the Palladia stage was less than ideal.

Same situation with Beats Antique. I love this group, but an evening set would work so much better with their lights and the impressive Zoe Jakes belly-dancing and balancing pottery on her head. 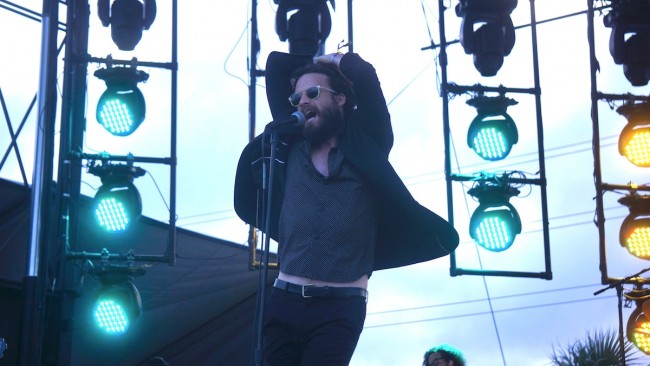 Joshua Tillman of Father John Misty jumping into the crowd halfway during the first song of his set ("I Love You, Honeybear") set the pace for the very exciting set which included a lot of inflatable white swans being thrown into the crowd and Joshua serenading the crowd at the Palladia stage for an hour. 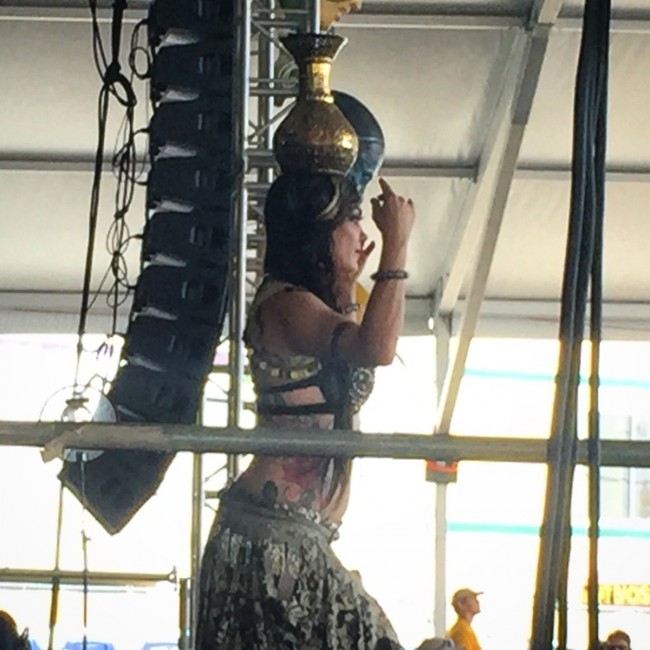 Beats Antique broke out their big inflatable "Cyclops Kitty" on the Boom Boom tent and the crowd went into a huge uproar.

HAPPIEST BAND ON THE BEACH: THE MOWGLI'S 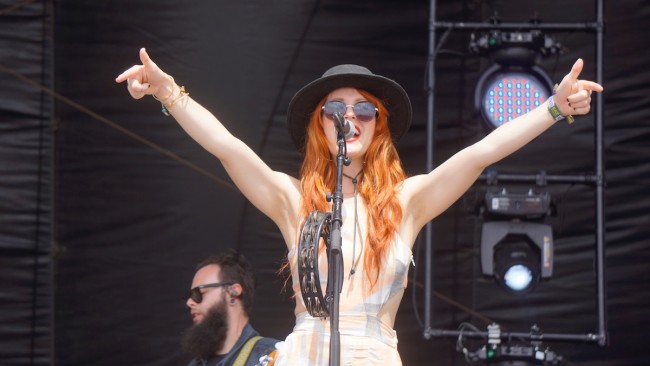 I don't think any of the members ever stopped smiling throughout the entire set. The pop band had harmonies and sing-a-longs all throughout their set and had the entire beach joining in. It was a true joy to watch them have so much fun on stage.

Marilyn Monroe's Death Becomes Subject Of Boca Stage's Theatre Event: What Happened On The Night Of Her Death?