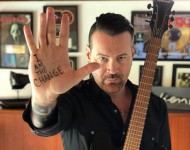 Ryan Shuck, Vocalist of Julien-K and Adema Checks In at a Rehab

Ryan Shuck voluntarily checked-in at a rehab due to depression and alcohol abuse.READ MORE 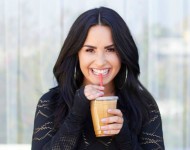 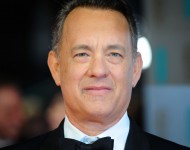 Veteran actor Tom Hanks showed the world his family comes first during an interview with Entertainment Tonight on Sunday (Oct. 4), revealing he's proud of his son, Chet Hanks', decision to seek help for his personal demons by entering himself into rehab for drug addiction treatment.READ MORE 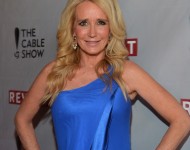 It looks like sobriety isn't at the top of Kim Richards bucket list just yet. The Real Housewives of Beverly Hills star raised eyebrows back in April when she was popped for a DUI and charged with several other things after kicking her arresting officer. She spent the most recent season of RHOBH insisting that she was sober only to eventually concede that she had not been. Richards had been in rehab for weeks when she was granted a pass to attend her daughter's wedding in Mexico. Various news outlets are now reporting that she is currently AWOL after falling off the wagon hard at the wedding.READ MORE

So often celebrities will run to rehab after finding themselves on the wrong side of the law. If you've been popped for a DUI or something else while under the influence of drugs or alcohol then a trip to rehab can get those charges dropped, if it is a first offense. After Kim Richards was arrested in Beverly Hills last month for public intoxication, disorderly conduct and resisting arrest she decided to take things one step further and kick the arresting officer. Apparently rehab isn't going to save The Real Housewives of Beverly Hills star from anything because rather than being dismissed, those criminal charges have been filed against her.READ MORE 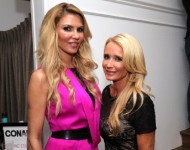 We have talked a lot about Kim Richards lately. The "Real Housewives of Beverly Hills" star spent the entire season of the show threatening and vilifying anyone that accused her of falling off the wagon, only to then get popped for a DUI. Richards managed to alienate most of her Bravo costars, with the exception of Brandi Glanville, who is also always a lightening rod for drama. While Glanville never actually accused her friend of anything on camera, she knew what addiction looks like and wasn't fooled for a minute.READ MORE 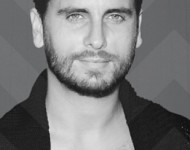 A little over a month ago Scott Disick left a Costa Rican rehab facility, vowing that he would return soon. Unfortunately for everyone around him, including Kourtney Kardashian and their three small children, that return isn't in the near future. While it has become apparent to his family and also to anyone that tunes in to watch Keeping Up with the Kardashians, that Disick has a major problem with booze, he is still in denial. Disick is supposedly insisting that he can control himself but his idea of control is staying away from his baby mama while he is partying.READ MORE 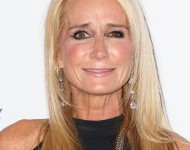 In the last month, fans of The Real Housewives of Beverly Hills have had a front row seat to watch Kim Richards completely unravel. She sure seemed to be battling to stay sober on the most recent episodes of the show and while she screamed about being sober at the reunion, her DUI arrest the day after it actually aired told an entirely different story. Once finally caught, Richards admitted that she isn't sober and is also still smoking weed, but rather than take responsibility she blamed everyone else, including the Bravo show that writes her checks. Blaming them in the media may not have been her best move to ensure job security.READ MORE 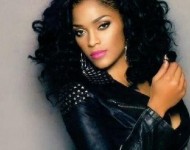 Fans of VH1's Love & Hip Hop NY have one more hour of the reunion show to tune in to and then all eyes will turn to another show in the franchise, Love & Hip Hop Atlanta. The mega-popular series returns to the network on April 20 and Mona Scott Young has just dropped a promo clip as well as an official press release to remind fans of where things left off last season and what's to come.READ MORE 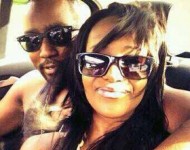 Bobbi Kristina Brown being found face down in a bath tub back in January has served as a catalyst for several other situations. Nick Gordon, her boyfriend of several years is currently under investigation as police still try to piece together exactly what happened to Brown. We know that the family banned him from visiting her and that led to Gordon publicly unraveling. He sat for an interview with Dr. Phil last month that was actually an intervention. Gordon has spent the last four weeks in rehab while Brown's condition has remained unchanged.READ MORE 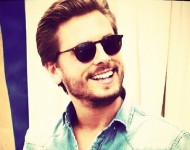 Scott Disick Has Checked Into Rehab After Weekend Binge

Scott Disick has spent the last year battling some major demons. He has had to handle the loss of both parents followed by the birth of a third child with Kourtney Kardashian. This guy rarely seems equipped to handle much in a healthy way, so expecting him to stay clean and sober was probably ridiculous thinking. After bailing out early on his U.K. club tour and then having a blow-out weekend in Atlantic City, Disick has checked himself into a rehab program.READ MORE 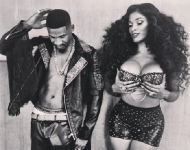 Just when you think that Stevie J's life cannot get any messier, it has. The "LHHA" star was recently sent to an inpatient drug rehab program after failing an embarrassing 10 drug tests, according to Page Six, which were in direct violation of his probation. Now out of rehab, he also owes one of his baby mama's more than $1 million in back child support, and now it seems that he is cheating on one of the few people who has stuck by him: Joseline Hernandez.READ MORE 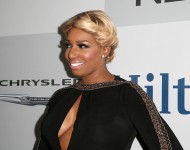 Fans of RHOA always seem to have a solid opinion of NeNe Leakes. Either you love her candidness or cannot stand her arrogance, but either way, she generally will get a reaction out of everyone. Usually, when we hear about her it is either in connection with other work projects or it is because of some sort of cat fight with other cast members. There is so much fluff there that strategically hides the fact that this woman is dealing with some serious issues just like everyone else. One of those issues is that she kept the incarceration of her son Bryson Bryant hidden.READ MORE 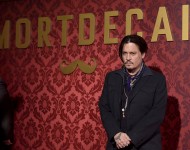 Usually when a film hits theaters there is a bit of a mixed review. Even the worst of films seems to find its groove and a bit of an audience but apparently Mortdecai isn't typical even in that way. The movie about a bumbling art collector that is on the hunt for a stolen painting has been panned so badly that not only could Johnny Depp not save it, but it looks like he may be dragged down with it.READ MORE 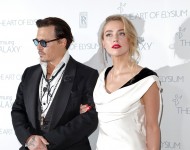 After months of rumors and speculation, Johnny Depp and Amber Heard proved that they are still a couple by turning up on a red carpet together. Heard was seen supporting Depp at the London premiere of his new film "Mortdecai." Depp posed for photos alone and then his fiancee joined him for a rare photo op of the couple together, making it perfectly clear that they are still together.READ MORE