The 2015 Hangout Music Festival kicked off Friday in Gulf Shores, Alabama, and today we bring you the Day 3 highlights. We saw Beck, Foster the People, Vance Joy and Frank Turner on the Hangout Stage; Phantogram, Lake Street Drive and Rubblebucket on the Palladia Stage; My Morning Jacket, TV on the Radio, Tove Lo and MisterWives on the Surf Stage; Kopecky and Preservation Hall Jazz Band on the Salt Life Stage; The Lone Bellow on the BMI stage; and Robert DeLong in the Boom Boom Tent.

Let me preface by saying, Day 3 at Hangout 2015 seemed like one of the longest days I've ever had at a festival. Maybe it was the hangover from the previous three nights; maybe it was the beating hot sun; or maybe it was because I tried to cram my schedule in so tight that I was practically speed-walking throughout the festival the entire day.

That all being said, it was also one of the most rewarding days at a music festival I've ever had. There were literally no breaks in artists that I wanted to catch, and virtually every band delivered. Unfortunately, some sacrifices had to be made because I had to make time for water, beer and Spicy Pie (in that order). 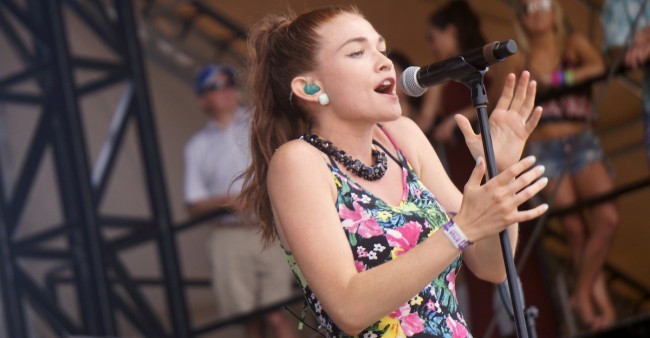 Holy hell, lead singer Mandy Lee has it all: fantastic stage presence, a knack for writing melodies and one hell of a voice. The pop group opened up the hot, hot Surf Stage and kept the energy going throughout their entire set. 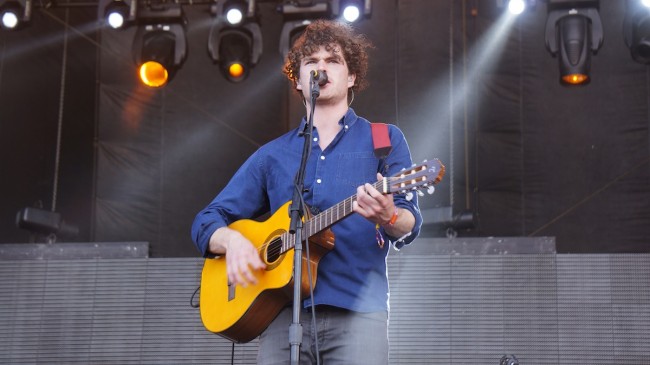 I've heard "Rip Tide" on the radio more times than I can count, and it has absolutely soured Vance Joy for me, until Sunday at Hangout. Although he showed up 10 minutes late to perform, he did not disappoint in the least bit. He's definitely got more tricks up his sleeve besides the burned radio single.

BAND I FINALLY CHECKED OUT: THE LONE BELLOW 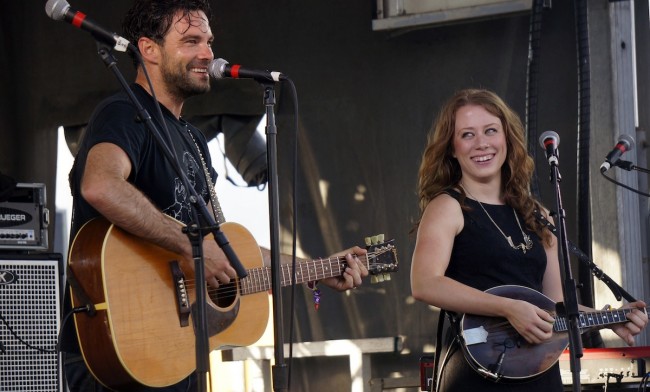 Although I was only able to catch part of The Lone Bellow's set on the BMI stage, their mix was incredible. The three-part harmonies translated so well in a live setting. They are one of those bands that I had always heard of, but never actually dug into their discography. But, as of late their new record Then Came the Morning has been spinning on repeat for me. Check 'em out. 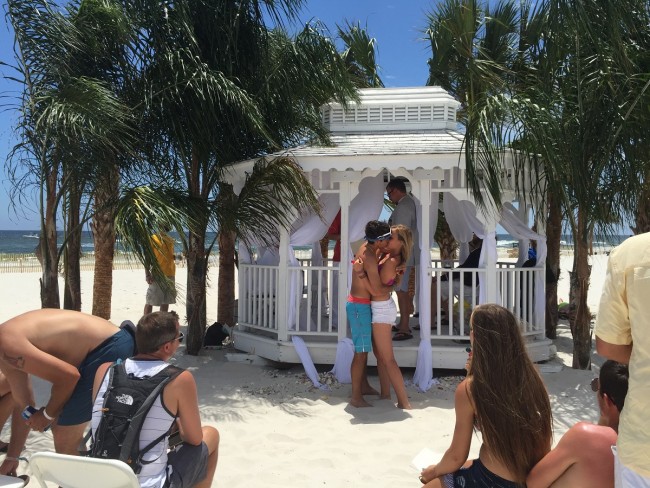 The festival brought back the popular beach installment for another year as friends, couples, hell, even strangers, could get married with a fun little spoof ceremony for the weekend. This year, the ceremonies included different themes and fun props for photo opportunities.

TRADITION WE MISSED THIS YEAR: THE FERRIS WHEEL 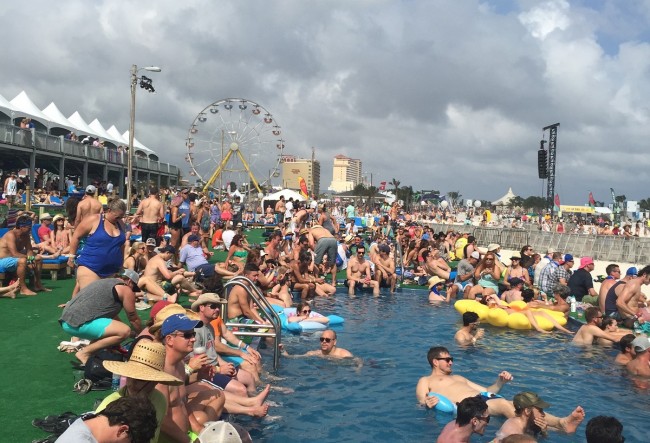 Going on the Ferris wheel that overlooks the entire festival is quite a site to see during the evening hours. Missed it this time around, but there's always next year! 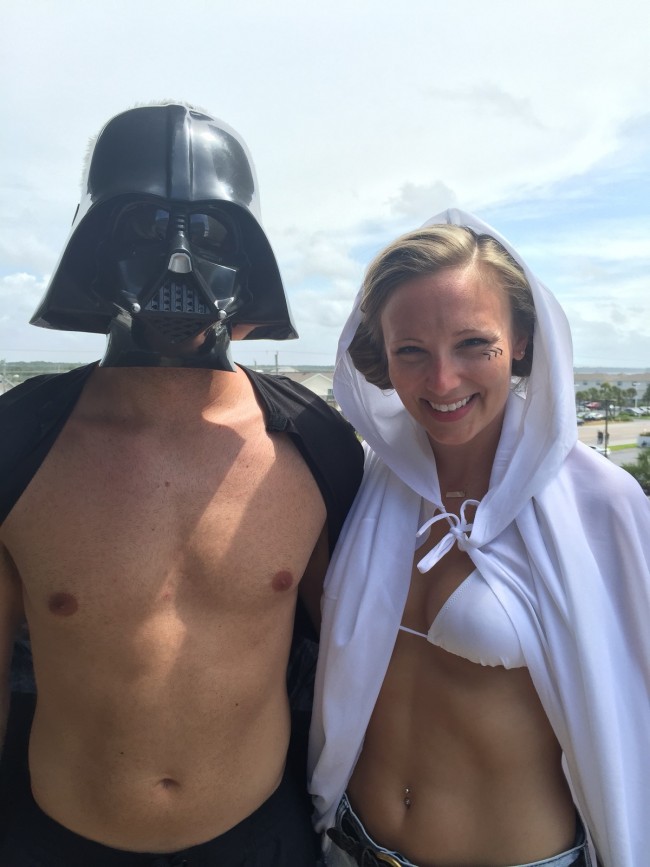 Darth Vader and Princes Leia made an appearance at Hangout this year.

Festival goers could get glitter bombed at a vending tent where they would then walk out covered in gold or silver. By the end of each day, it was apparent who had gone in the glitter tent and who stood next to someone covered in glitter. Gold and silver glitter everywhere. It got to be a little overdone by some people and was not my favorite look.

The Salt Life Stage at the Hangout Bar is one of the smallest stages at the festival, but it hosts a really heavy undercard portion of the lineup. Some of the best sets I saw on Sunday were at the Salt Life Stage, including Preservation Jazz Hall Band and Kopecky. 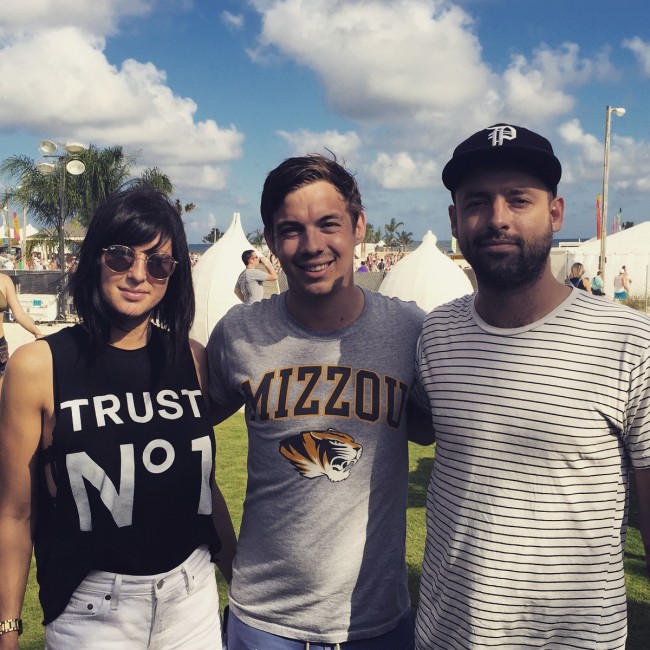 I was hanging out in the media lounge got the chance to chat with Sarah Barthel and Josh Carter of Phantogram. Then, about two minutes later, Frank Turner showed up and I got to hang out with him for a little bit before being treated to a backstage acoustic show. 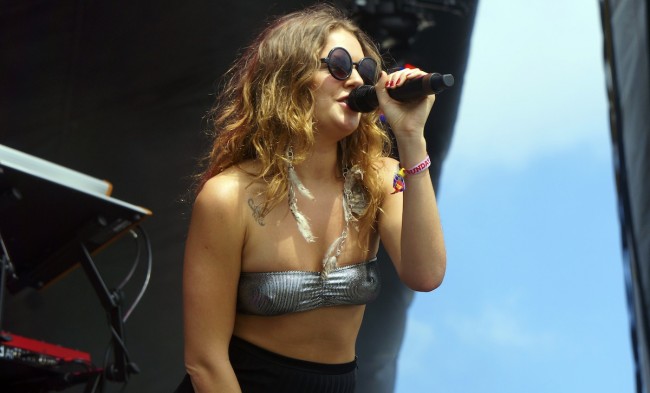 Four songs in to her set, she broke out her new hit single "Talking Body" - you've probably heard it all over the radio these past two months. Well, during the extended bridge of the song, the Hangout audience saw Tove Lo flash the audience for a few brief seconds. Weird timing for me, as I had my camera out still getting shots from the crowd and happened to get a picture of the flash.

She then encouraged the entire audience to "show her their titties" (her words, not mine) and remove an article of clothing, and a good portion of the audience was partially naked on the beach for a few brief moments. Tove Lo DGAF. 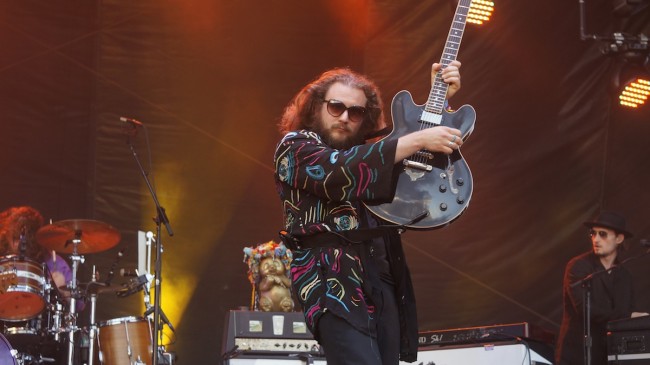 The closing of Hangout 2015 was a perfect evening and the lineup was almost too good. My Morning Jacket played a killer set on the Surf Stage against a beautiful sunset over the crowd. Jim James and his crew performed extended tracks from the band's new album as well as fan favorites. What a perfect way to see the sun go down. But talk about a conflict because, simultaneously, Phantogram was putting on a show of their own across the festival grounds and had the largest audience at the Palladia stage of the entire weekend. Singer Sarah Barthel's energy rallied the Hangout crowd one last time before the weekend's final headliner. 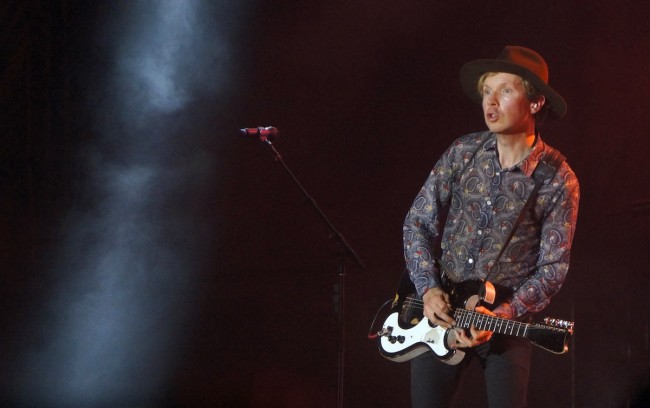 Wow. Even though Beck showed up fifteen minutes after his scheduled set time and ended fifteen minutes before his scheduled end time, for me it didn't matter. It was time to party, and Beck closed the festival out in style with his suave dance moves and funky grooves. He kept the crowd roaring through his hits. Seeing a whole beach sing along to "Loser" and a 10-plus minute version of "Where It's At" was a fantastic way to end the festival.

My personal favorite of the set was "Blue Moon" - I'm a sucker for that song, and glad it made it on to the setlist, even though not many other cuts from Beck's Grammy Award Winning newest album, Morning Phase, were included.