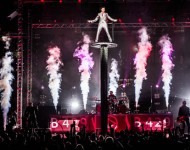 Building 429 is Lighting it Up This Summer

With 23 weeks on the charts, "Press On" is still moving up and with another tune from 'We Won't Be Shaken' ready to follow in its footsteps, Building 429 is, as the song "Bonfire" says, coming to light it up! This summer, they'll be hitting 17 festivals, fairs and markets, bringing the bonfire to the stage!READ MORE

The Most Popular Christian Bands in Concert - May 2014

The Most Popular Christian Bands in Concert - April 2014 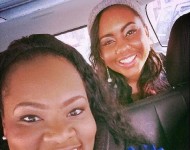 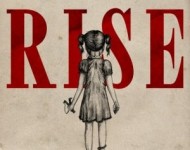 Since 1990, the Billboard Music Awards have honored the most popular songs, albums and artists in America based on album sales and downloads, digital track downloads, radio airplay and touring as well as streaming and social interactions on Facebook, Twitter, Vevo, YouTube, Spotify and other popular online destinations for music. 2014 marks the fourth year that Billboard has honored Christian artists in the popular awards program.READ MORE

Upcoming Christian Music Events for the Week of February 17 - February 23, 2014

By the time We Won't Be Shaken - the Tour kicks off, we'll know whether or not Building 429 won a Grammy Award for Record of the Year in the Gospel music category.READ MORE

Building 429 and The Afters are co-headlining a tour with special guests Hawk Nelson and Finding Favour. The United We Stand Tour kicked off last night in Wichita Falls, Texas. Sponsored by Liberty University and Food For the Hungry...READ MORE 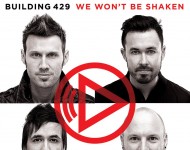 Building 429: 'We Won't Be Shaken' And The Road To Self-Discovery

Building 429's Jason Roy, lead singer and founder of the band, spoke to Conversation Hub Podcast, in an interview that was published in their 157th episode, on July 18. Roy talked a little bit about the band's most recent album, 'We Won't Be Shaken' as well the growth that has occurred within the band in recent months.READ MORE