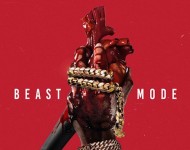 Atlanta rapper Future has announced the release of a new mixtape titled "Beast Mode," a collaborative effort with producer Zaytoven — the cover artwork is above. The tape is set to drop Jan. 15, and on New Year's Eve, Zaytoven shared the project's first track, titled "Real Sisters," which you can check out below. Zaytoven's beat for the track is based around a keyboard line that sounds like it was ripped straight from a 8-bit video game soundtrack, while Future spits his Auto-Tuned, half-sung flow over the top of it. You can check out Future and Zaytoven's "Real Sisters" here:READ MORE 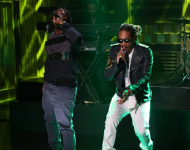 Last night, Future stopped by The Tonight Show starring Jimmy Fallon to perform "Move that Dope" off his latest release, Honest. He brought out Pusha T to join him on stage with the Roots for a scaled-down version of the track, which also features Pharrell and Casino (who weren't present).READ MORE 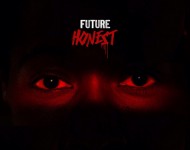 Future has finally announced the release date and full tracklisting for his second full-length album Honest. Today (March 10), it was revealed that the follow-up to 2012's Pluto will be released on April 22.READ MORE 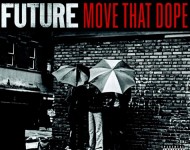 Future has released a new Mike WiLL Made It-produced track, "Move That Dope," featuring Pharrell, Pusha T and Casino. It will be included up Future's upcoming LP Honest.READ MORE