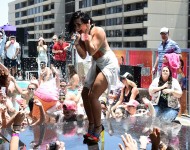 Demi Lovato is so "Cool for the Summer" that she's even making falling look awesome. To celebrate the release of her new single and the Fourth of July holiday, over the weekend the "Really Don't Care" singer hosted a pool party for her Lovatics. Soon, however, she took a bit of a tumble. But, in typical Demi style, the former Disney star laughed it all off on Twitter.READ MORE 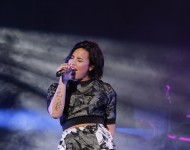 It seems as though fans have been waiting a very long time for new music from Demi Lovato, and now that wait is finally over. To follow up her 2013 album DEMI, today (June 25) the "Really Don't Care" singer announced her new summertime single "Cool for the Summer" with some sexy cover art and a hot release date!READ MORE 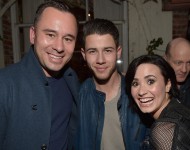 Nick Jonas and Demi Lovato have joined forces again, and no, it's not another duet. Today (May 26), the longtime friends and collaborators together with their manager Phil McIntyre announced they would be embarking on a new label together, Safehouse Records.READ MORE 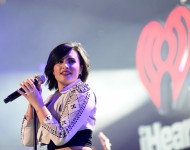 When Demi Lovato covered up her "vagina" lips tattoo last month, the "Really Don't Care" singer seemed to leave one person out of the equation: the artist who branded her with the now-gone ink. But now, the artist Ashley McMullen is speaking out about her artwork and Lovato's unruly behavior.READ MORE 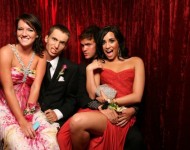 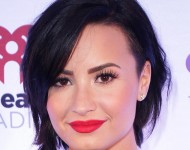 Demi Lovato would like her fans to know that she supports Bruce Jenner in light of his recent ABC interview with Diane Sawyer opening up about his identity as a woman. The singer dedicated a song to Jenner.READ MORE 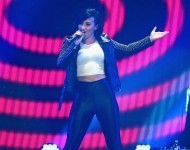 Demi Lovato is up to... something. When she's not hocking her hair extensions or Devonne By Demi skincare line, she has presumably been building up to a new album. And tomorrow, the "Really Don't Care" singer has a big announcement to share.READ MORE 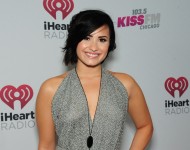 Demi Lovato is kissing an old tattoo goodbye and ready to sport some new ink. Lovato first revealed that she was covering up her old lips tattoo on April 1, and today (April 7), the "Really Don't Care" singer proved her new tattoo was no joke, revealing the beautiful, fully bloomed rose on social media.READ MORE 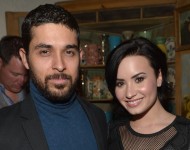 Sometimes, it seems hard to remember that Demi Lovato and Wilmer Valderrama are even dating, but on the third anniversary of the "Really Don't Care" singer's sobriety, the notoriously private couple have declared their love for each other in a big way. Well, on Instagram, at least...READ MORE 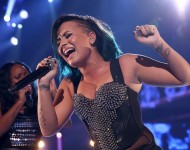 It's been a rough week for Demi Lovato. Yesterday (Feb. 24), the "Really Don't Care" singer was hospitalized after she had difficulty breathing.READ MORE 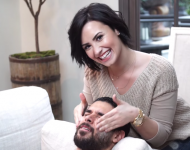 If you need a last minute Valentine's Day gift for your man, worry not. Demi Lovato has got you covered. Earlier this week, the "Heart Attack" singer and her longtime boyfriend Wilmer Valderrama partnered up for a hilarious, overly cheesy infomercial for her skincare line, Devonne by Demi.READ MORE 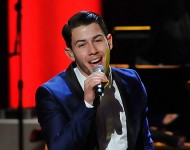 Things got a little awkward today (Jan. 12) over at Capital FM in the U.K. Former Disney star and current heartthrob Nick Jonas was in the studio to promote his self-titled solo album and hit single "Jealous" and then things got weird when the radio host threw some ex-girlfriends in the mix. In a play on a classic sleepover game, Jonas was asked to choose between Miley Cyrus, Selena Gomez and Demi Lovato in a game of "Wife, Lips, Leave."READ MORE 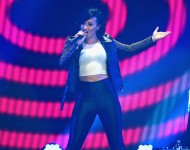 Demi Lovato is always looking to inspire her dedicated Lovatics fans with any milestone. And to mark the coming and going of another year, the "Really Don't Care" singer is once again reflecting on body image. In a new post on her Instagram, Lovato reminisced about treating herself right for once in 2014, but saying that she has always looked beautiful no matter how much she took care of herself.READ MORE 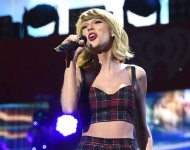 Taylor Swift is a good girl, and she's using her celebrity status to spread goodwill. Today (Dec. 29), DoSomething.Org released its annual list of "Celebs Gone Good," and it seems as though none other than Swift herself fills the "Blank Space" at the top of the chart.READ MORE 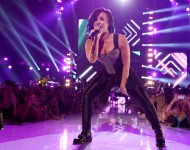 Jessie J doesn't need Ariana Grande or Nicki Minaj to perform her 2014 mega-hit "Bang Bang." But, she can always use a little assistance from someone, and last night (Dec. 3), the pop diva teamed up with Demi Lovato in San Jose, California, to perform the track.READ MORE