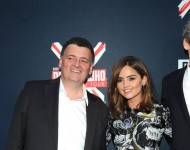 Last month, we'd heard rumors and speculation around Sherlock showrunner Steven Moffat quitting his other job, executive producer of Doctor Who, after the upcoming season 10 episodes. This has, unfortunately, been confirmed in a new announcement from BBC and the writer, marking an end of an era for the popular series. Whether or not series star Peter Capaldi will leave the show too has not been confirmed, though we've heard rumors of that as well, especially since Jenna Coleman just departed the series in 2015. We won't have to say goodbye to Moffat any time soon though, because season 10 airs in 2017 after a 2016 Christmas special. So we'll meet Moffat's replacement, Chris Chibnall, in 2018! Read more on this below.READ MORE 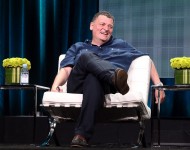 Steven Moffat, head writer and executive producer of Doctor Who, is allegedly thinking of leaving his showrunner position at the hit BBC series. According to reports, Moffat is "actively engaged" in finding a replacement for himself, but isn't exactly in a hurry to leave just yet. Will the upcoming, 2016 season 10 episodes end up being his last? Check out what Moffat recently revealed in a new interview.READ MORE 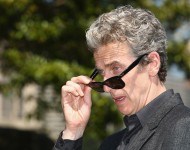 It's that time again for Doctor Who fans to start picking out replacements for the current star of the BBC series. We say this because Peter Capaldi, who portrays the 12th Doctor in the popular series, has revealed that season 10 could be his final string of episodes, ending in 2016, due to his want to explore other projects. This isn't surprising; especially considering his predecessor's cited the same reason for eventually quitting the series. Read more on this news below.READ MORE 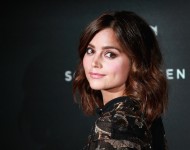 Clara Oswald is Dead: 3 Past 'Doctor Who' Characters for Twelve's New Companion

Clara Oswald is dead. Whether you want to believe it or not, "The Impossible Girl" met the end of her timeline in episode ten of Doctor Who's ninth season, "Face the Raven." Since it has been a number of days and the spoilers for the episode have already made their rounds, we want to start looking at new companion options for the future. While Peter Capaldi will star without the talented Jenna Coleman any more, we're taking a look at previous characters from the popular BBC series that could make for good replacements. Check out three of our favorites below.READ MORE 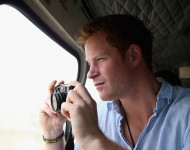 Will Prince Harry every find his princess? He seems to be very tactile in his dating approach but that doesn't mean that he hides everything behind closed doors. Harry's last long term relationship (with Cressida Bonas) ended about 18-months ago and in the time that has followed he has proven to be pretty choosey when it comes to women. The most recent lady to capture his attention is Jenna Coleman, who plays Doctor Who's time-traveling assistant on the legendary series of the same name. Not only was Harry spotted chatting with Coleman, but it was a very touchy-feely encounter at a charity Polo match.READ MORE 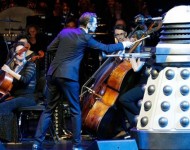 The world's longest-running science-fiction television series, 'Doctor Who' has inspired a symphonic spectacle of the same name: 'Doctor Who Symphonic Spectacular.' And lucky for you New Yorkers, this production will be playing two shows (only!) stateside in Brooklyn at the Barclays Center. As per 'BBC Worldwide,' the Doctor Who Symphonic Spectacular is a grand live show which sold out when it premiered in Australia. Staged for the first time on U.S. soil in downtown Brooklyn on Wednesday October 7, 2015, tickets go on sale Friday, May 8 at noon with prices starting at $50.50.READ MORE 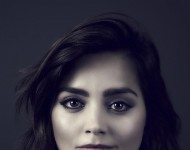 Fans of BBC's "Doctor Who" were given one of the best Christmas gifts possible within the show's holiday special. While it certainly looked like Clara Oswald's time with the Doctor was coming to an abrupt end, it is just the opposite. Clara will continue on as the Doctor's companion for another season, which means Peter Capaldi and Jenna Coleman will be sharing screen time for several more episodes. After it was revealed that their storyline together is not quite finished yet, Coleman explained her reasons for sticking around and how working with two different Doctors — Capaldi and Matt Smith — has made it interesting. "I get a whole other series of stories with the Doctor and I couldn't walk away with the story being unresolved. I think they've finally just reached a point where they really understand each other. The arrival of the 12th Doctor has just kind of dropped this whole bombshell and allowed the dynamic to totally change. So I think just when Clara was feeling more comfortable in the relationship, it has suddenly thrown something new up," says Coleman.READ MORE 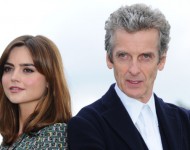 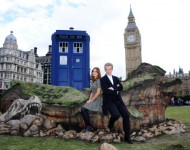 Fans of "Doctor Who" are likely still reeling from last night's season finale so the producers were wise to also drop a teaser clip for the upcoming Christmas Special. Forget about peace and good will when you're talking about the time-traveling Doctor who has a knack for finding turmoil at every turn.READ MORE 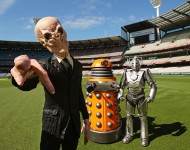 'Doctor Who Symphonic Spectacular' Playing Six Dates in The UK during 2015: Daleks, Cybermen and Angels Oh My

One event that American 'Doctor Who' fanboys can only dream of coming to our shores is "The Doctor Who Symphonic Spectacular," a classical music concert set for six dates during 2015 in the UK.READ MORE

Strange facts about music and the movies, from 'Moonstruck' to Dalek conductors to Pavarotti not winning a Golden Raspberry.READ MORE