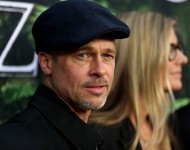 Brad Pitt Wanted To Watch 'Game Of Thrones' With Emilia Clarke, But He Was Outbid

Brad Pitt offered thousands of dollars to watch one episode of the hit fantasy series, 'Game of Thrones,' with one of its lead stars, Emilia Clarke, on Saturday, Jan. 6. Unfortunately, someone outbid him.READ MORE 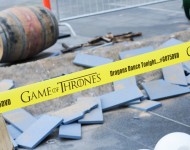 Surprise, Surprise: 'Game Of Thrones' Is Still The Most Pirated Show Of 2017

'Game Of Thrones' ranked number one as the most pirated show of 2017. This is the sixth year in a row that the HBO series made it to the list of most illegal downloads.READ MORE 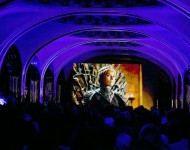 Emilia Clarke said that 'Game of Thrones' season 8 will have multiple endings. She added that the showrunners have banned the casts from social media to prevent spoilers.READ MORE 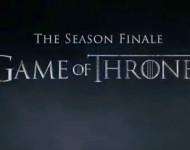 The "Game of Thrones" Season 7 finale's title and how long it will run has been revealed. It is said to be the longest episode in the show's history.READ MORE 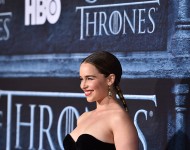 Jamie Lannister faces an uncertain fate because of a dragon. The Stark family has a reunion in "Game of Thrones" Season 7 Episode 4.READ MORE 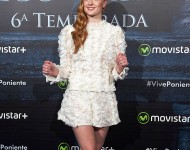 As Sansa Stark evolves from a vain princess to a lawful queen, will fans of Game of Thrones now root for her or still hate her?READ MORE 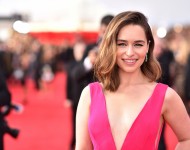 Get ready to buy tissues in bulk, because this film is an instant tearjerker. On Wednesday (Feb. 3), Warner Bros. Pictures finally relased the official trailer for the film adaptation of 'Me Before You.' The film stars 'Game of Thrones' actress Emilia Clarke and 'The Hunger Games: Mockingjay' actor Sam Claflin in this romantic drama. To get a taste of what's to come, check out the first full trailer below.READ MORE 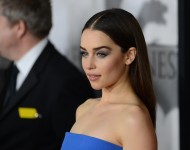 As if unofficially nominating Emilia Clarke as one of the most attractive women on HBO's Game of Thrones wasn't enough, the Mother of Dragons has now been crowned Sexiest Woman Alive 2015 by Esquire. In an in-depth interview with the popular men's magazine, Clarke revealed how she used Wikipedia to help nail her GoT audition and how filming a rape scene at such a young age took a toll on her.READ MORE 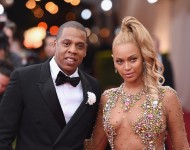 Stars... they're just like us because they love Game of Thrones. But, if you're one of the biggest moguls in hip-hop, you don't just have to watch the show every Sunday night on HBO, you can take a piece of the set home with you for your collection. At least that's what Jay Z reportedly did for Beyoncé, if Daenerys Targarean herself Emilia Clarke is to be believed.READ MORE