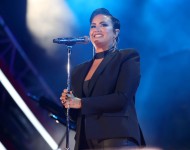 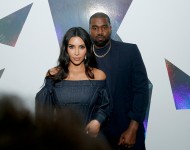 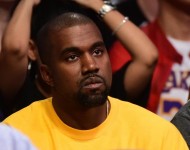 O. J. Simpson To Khloe Kardashian: I’m Not Your Father

O. J. Simpson recently confirmed that he is not the father of Khloe Kardashian. Instead, he said that Robert Kardashian is the reality TV star's biological dad.READ MORE 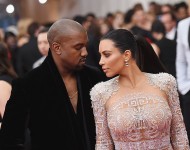 New reports suggest Kris Jenner wants to capitalize Kanye West and Kim Kardashian's rumored marital troubles by making the drama a plotline in season 12 of Keeping Up With The Kardashians to boost its ratings.READ MORE 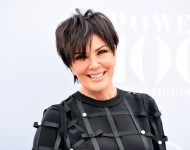 The infamous O.J. Simpson murder trial rocked the nation back in 1995 and now the story is being retold two decades later in a FX series. Before 'American Crime Story: The People v. O.J. Simpson' premieres tomorrow, close friend Kris Jenner opened up about her relationship with O.J. and Nicole Brown Simpson. The reality "momager" shed light on the couple before the incident took place and how it affected her family.READ MORE 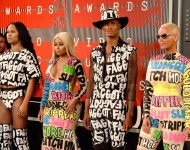 Well then, that escalated very quickly! Blac Chyna has just been arrested at the Austin-Bergstrom International Airport for being drunk and disorderly. Blac Chyna was heading to London and on the flight, she was highly intoxicated and fighting with the flight attendant, according to reports.READ MORE 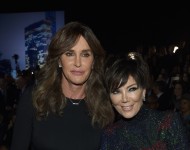 Kris and Caitlyn Jenner have had their share of problems but all seems to be well with the former couple after cameras spotted them partying together on Bourbon Street in New Orleans, in true Mardi Gras style.READ MORE 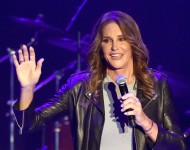 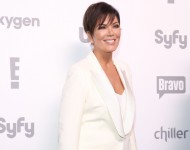 Much has changed for Kris Jenner in her love life. Her ex-husband is now legally recognized as a woman named Caitlyn, and she has moved on to her new beau, Corey Gamble. But, a marriage that lasted as long as hers did with Jenner will definitely leave some wonderful memories left over. Jenner reflected on a moment of passion between she and the man formerly known as Bruce in what is described as an "embarassing" moment.READ MORE 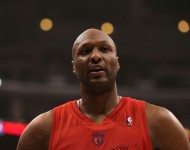 Former NBA star Lamar Odom is currently fighting for his life after being found unconscious on Tuesday (Oct. 13, 2015), in a Nevada brothel called Dennis Hof's Love Ranch South, according to a recent TMZ report. His health is apparently deteriorating fast, stating he's allegedly in a coma and battling heart failure. Love Ranch owner Dennis Hof opened up about the incidents that led up to Odom's current condition on a segment of Power 105.1's The Breakfast Club.READ MORE 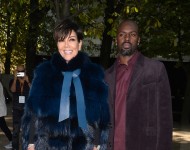 Kris Jenner has certainly bounced back since she and ex, Caitlyn Jenner (formerly Bruce Jenner) split. She now has a new boo, Corey Gamble, who she has been seen out with at several public appearances. The recent public sighting took place in Paris for Fasion Week where Gamble was spotted wearing a ring on the finger that screams, "we're getting married." Could the couple be engaged?READ MORE 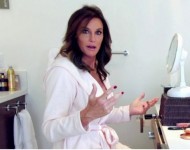 'Keeping Up With The Kardashians' viewers have watched Caitlyn Jenner's transformation play out in front of the cameras on television and she has certainly seen her fair share of supporters, and haters, for her decision to leave Bruce Jenner in the past. Although the physical change has been obvious, now a judge has approved the request to make her name and gender change legally recognized. Jenner's eldest son Burt wants the haters to know that even with a gender change and breast implants, his dad can still "whip your ass."READ MORE 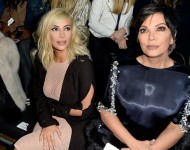 Kim Kardashian Moves Back in With Mom, Kris Jenner

It's another round of home improvements that has landed reality star Kim Kardashian West back home with her mother Kris Jenner, for the second time.READ MORE 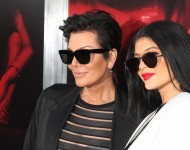 Nothing says controversy like the Kardashian-Jenner dynasty! Many people were concerned and somewhat appalled at the idea of Kylie Jenner going under the knife at such a young age, especially before she turned 18. The mix of anger and confusion wasn't only pointed in the social media connoisseur's direction; the blame was also directed at her mother, Kris Jenner. Kris opened up to 'Access Hollywood' on Wednesday Sept. 16, to set the record straight about her involvement, revealing she didn't give her daughter permission to get lip injections.READ MORE