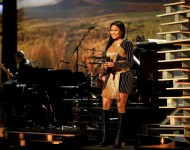 Last week, Nicki Minaj took to Twitter to respond to critics who questioned her lyrical abilities and once again, she’s speaking out against her commentators. In a recent interview with Billboard, Minaj defended her Recital of Maya Angelou's 'Still I Rise' poem during A&E’s Shining A Light: A Concert for Progress on Race in America.READ MORE 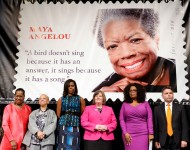 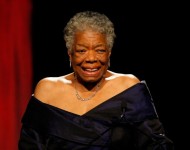 One of November's wildly underrated releases arrived today (November 4) in the form of "Caged Bird Songs," an album centered around the words and voice of legendary poet Dr. Maya Angelou.READ MORE 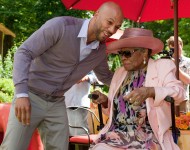 Maya Angelou is a noted proponent of hip-hop music, having interacted with everyone from Tupac Shakur to Common, so it's reasonable that a hip-hop album inspired by her classic work I Know Why The Caged Bird Sings will be released soon, according to Billboard. The album will go under the simpler title Caged Bird Songs.READ MORE 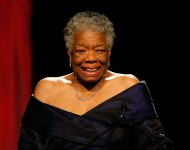 Today, the world lost the great memoirist, poet, novelist, dancer, singer, and public speaker Maya Angelou. In a testament to her legacy, here are 10 songs that were inspired by the late American icon, revered by many as a patron saint of conscious rap.READ MORE