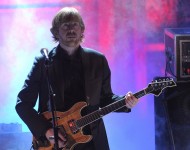 Phish has released their tour dates for fall 2016 including a string of Halloween shows. The jam band announced 13 new shows and will bring the tour into October, continuing where their June and July dates left off.READ MORE 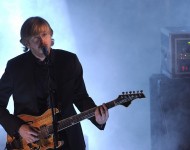 Two of the world's biggest jam bands are back at it this summer with lengthy headlining North American tours. Phish and Dead & Company will embark on their own treks next month, with Phish's tour launching on June 22 in St. Paul, Minnesota and Dead & Co's tour taking off on June 10 in Charlotte.READ MORE 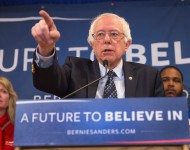 In a move that should be surprising to absolutely no one, Bernie Sanders has come out as a Phishhead. At a rally in Portland, Maine, on Wednesday (March 2), the democratic presidential hopeful thank Phish for its support after the band's drummer John Fishman endorsed him.READ MORE 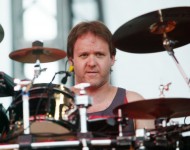 Following Super Tuesday, Bernie Sanders immediately returned to the campaign trail, stopping at a "Future to Believe In" rally at the State Theatre in Portland, Maine, where voters who "feel the Bern" were treated to a performance by the Kenya Hall Band featuring Jon Fishman of Phish on drums. During the rally the presidential candidate declared the band "one of the great bands in this country."READ MORE 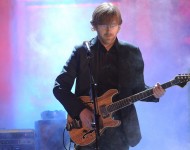 After dropping two hypnotizing singles, "The Song" and "Lever Boy," from his upcoming and eleventh solo album, 'Paper Wheels,' Trey Anastasio sat down to discuss the future of Phish and reminisce about his time with the Grateful Dead during their summer stretch of 50th anniversary 'Fare Thee Well' gigs in June and July.READ MORE 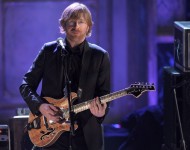 Last night on Conan, Phish frontman Trey Anastasio and his band appeared as the late night show's musical guests, performing one of their recent singles, "The Song," live for the studio audience.READ MORE 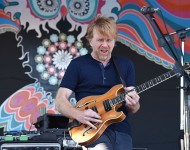 Trailing a jam-packed summer of touring with Phish, and joining the Grateful Dead on the road for their 'Fare Thee Well' tour gigs, Trey Anastasio is ready to put the focus on his solo career as he switches gears for a new solo album titled 'Paper Wheels,' due out on October 30. George A. Loucas yielded the first video from the record, an animated and hypnotic video clip for "Lever Boy."READ MORE 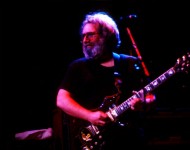 All the talk surrounding the Grateful Dead's "Fare Thee Well" concerts in hometown Santa Clara was the rainbow that appeared vividly over Levi Stadium over the weekend. Many suggested that the weather event was more than coincidental, and that perhaps the high price of tickets to the show was used to create a miraculous special effect. Music Times reported on the event this week and suggested that perhaps the band would play alongside a hologram of deceased founding guitarist Jerry Garcia when the concert series moves to Chicago this weekend. Trixie Garcia, his daughter, told Billboard this week that the idea was, in fact, considered.READ MORE 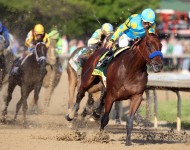 5 Triple Crown Horses and Music to Match: Michael Jackson, U2 and More

Fans of horse racing finally got the Triple Crown they had been waiting 37 years for when American Pharoah won at Belmont this weekend, capping off a Spring that included wins at the Preakness Stakes and the Kentucky Derby. It was the first time a horse had won the "Big 3" since Affirmed during 1978, with the horse in question finally sealing the deal in the third race. We say "finally" because it's not as if attempts at the Triple Crown are rare—13 horses won the first two legs of the Crown in the years since 1978—however the lengthier Belmont course often wore down on the hopeful horses. Music Times doesn't know much about racing, but we wanted to pay tribute to the last five Triple Crown winners with a comparable musical act, including Michael Jackson, U2 and more.READ MORE 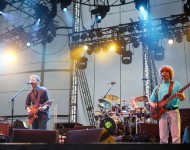 Phish will hit the road this summer following frontman Trey Anastasio's gig filling in for Jerry Garcia at the Grateful Dead reunion shows. The trek will kick off in Bend, Oregon, on July 21 and wrap Sept. 6 in Commerce City, Colorado. Notable stops include July 25 at The Forum in Los Angeles, Aug. 11 at The Mann in Philadelphia, and Aug. 21-23 at Magnaball in Watkins Glen.READ MORE 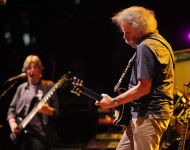 Good news, Deadheads -- the Grateful Dead might be adding reunion shows this summer. Billboard reports that a source close to the group has confirmed that members of the band are considering playing gigs in California the week before the Fare Thee Well shows in Chicago that are scheduled for July. Demand for more concerts with the surviving members is at an all-time high, with ticket requests for the initial shows having reached the millions.READ MORE 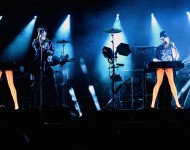 Things are going to get funky in California for New Years again. Eye Heart SF will be putting on the sixth annual Streets of San Francisco NYE party and the bill includes Chromeo, Kill Paris, Viceroy and Traviswild. The event will be hosted at the Fort Mason Festival Pavilion and tickets are on sale nowREAD MORE 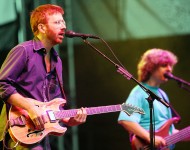 Phish is known for their epic live shows and incredible musicianship, so a streaming subscription service that highlights the band's live catalog is a natural progression. The band recently updated its free LivePhish app, which gives users access to their purchased archive of Phish shows, and now they have introduced LivePhish+, "Consequence of Sound" reports. The streaming service gives Phans access to the entire LivePhish catalog, which goes back to 2003, in addition to studio albums and rarities. It costs $9.99 a month or $99.99 per year.READ MORE 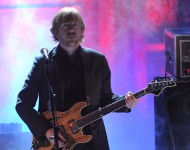 It totally skipped our mind Wednesday when we were reporting on Madison Square Garden's calendar for New Year's Eve what it meant that Diplo and Skrillex would be holding down the venue: Where was Phish gonna do its annual New Year's Eve revue? The good news is that the band found a new gig but the bad news (for us locals) is that it will be a long way from New York City, according to Billboard.READ MORE