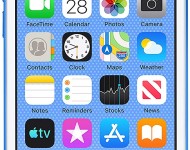 Separate devices for separate applications are advisable for people who can't afford to get disconnected, either at work or in their music. Here are three of the best selling MP3/MP4 players you have to get your hands on, only on Amazon.READ MORE 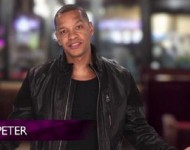 A few weeks ago we told you about Peter Gunz being spotted in Kay Jewelers shopping for a rock for one of the women in his life. Fans of "LHH" already know Gunz has been trapped in a love triangle with two of his baby mamas. He spent more than a decade with Tara Wallace and, in spite of having two sons together, they never married. Instead, Gunz decided to marry his side-chick Amina Buddafly, who did not realize she was his second choice until they were already married. We are now hearing that things may have radically changed and Wallace may be getting her happy family after all.READ MORE 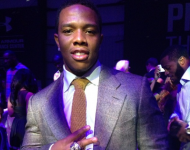 Last Friday, Nov. 28, Ray Rice's suspension from the NFL was lifted on an appeal, and apparently he was in the mood to celebrate. Rice was spotted hitting up Bounce Sporting Club in New York City late Saturday night. The fallen NFL star stayed chatting and chilling with fans until the wee hours of Sunday morning. According to a TMZ report, security attempted to keep the fans from bothering Rice, but he was loving the attention. Rumor has it his wife Janay Rice was also with him, but that has yet to be confirmed. We can tell you with certainty that Janay's interview with "Today's" Matt Lauer these past two days has been seen in part by nearly everyone. This morning's installment included Ray taking part in the interview while standing at a kitchen counter with Janay and her parents. He, of course, apologized for knocking his wife out last February in Atlantic City after a night of hard partying. He believes that therapy has really helped him and claims he is ready to sacrifice whatever is necessary to take care of his wife.READ MORE 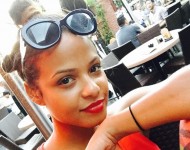 Did Christina Milian Dump Lil Wayne after He Was Spotted Creeping with His Ex Dhea Sodano?

It looks like Lil Wayne's days of juggling Christina Milian along with a few other women might be over. Not that he did not try to keep her happy: Milian received a big bouquet of blood-red flowers last weekend that she decided to show off on Instagram. The problem — as Milian quickly realized — was that Wayne was actually at an NFL game with his former main squeeze and fiance Dhea Sodano. The two were spotted and photographed together at the New Orleans Saints vs. Green Bay Packers game, and Milian was none too happy. Rumor has it she may have pulled the plug on their relationship.READ MORE 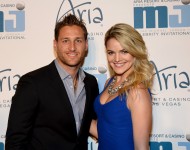 It sounds like Nikki Ferrell finally got tired of waiting for Juan Pablo Galavis to tell her he loved her, because after several months of struggling the couple has reportedly split. While Ferrell may have been the one to receive that final rose in Season 18 of "The Bachelor," she never seemed that lucky to have beat out 24 other women in order to be with Galavis. The couple quickly moved on to do "Couples Therapy" on VH1, and it is on that reality show that viewers got a real idea of just how mismatched they actually were.READ MORE 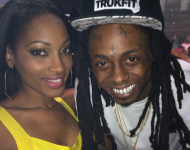 If you're a fan of "Love & Hip Hop Atlanta," then you're already familiar with Erica Dixon, Scrappy's baby mama. Dixon comes across as a fairly straight shooter who seems to have minimal luck with men — not that it bothers her much. Dixon is clearly her own woman and she is not about to settle for another player, which is what makes the fact that she was spotted partying with Lil' Wayne so interesting. And Christina Milian was nowhere in sight.READ MORE 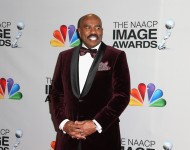 Who doesn't love Steve Harvey on Family Feud? He's the perfect host with a great sense of humor and his off-the-cuff comments are probably part of what keeps the game show still cranking out episodes. Harvey also likes to dabble in various other business ideas and his latest one is rather interesting. Harvey seems to be pretty happily married to his third wife and would like nothing more than to help others find their soul mates. He also thinks that women especially, need some help in understanding how to be more "dateable" in the eyes of men so he thinks that his new dating site will be a great resource.READ MORE 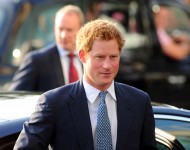 Prince Harry Is Back To Juggling Chicks, Partying Like A Pro After Reconciliation With Cressida Bonas Falls Apart

For a brief while there it seemed like Prince Harry might really be getting ready to settle down. The well-established party boy recently celebrated his 30th birthday and had appeared to reunite with his former flame, Cressida Bonas. The couple had dated for about two years before splitting up earlier this past spring. Sources close to the royals claimed at the time that Bonas wasn't sure if she could handle the intense scrutiny that goes hand-in-hand with being a royal and so shortly before announcing their engagement the couple instead parted ways. A few weeks ago Harry was once again spotted with Bonas leading to speculation that the couple had reconciled but based on the prince's recent behavior they are certainly not exclusive.READ MORE