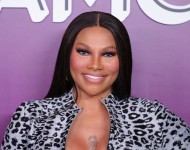 Sandra 'Pepa' Denton recently recalled the time when the trio 'Salt-N-Pepa' got in trouble after cops misheard their lyrics for the song 'Push It.'READ MORE 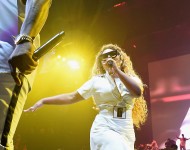 VH1 is setting off the return of their notable awards show, "Hip Hop Honors," with an All Hail The Queens line-up of award recipients. Honorees announced thus far include Lil Kim, Salt N Pepa, Missy Elliott and the woman with the royal title included in her name - Queen Latifah.READ MORE 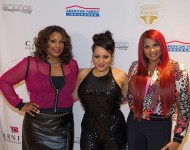 Because who doesn't love the 90s?READ MORE 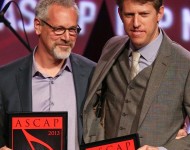 The ASCAP "I Create Music" EXPO, a music networking event for songwriters and musicians, will launch for its 11th year on April 28-30 at the Loews Hollywood Hotel in Los Angeles. The EXPO will feature several top names in music as well as countless studio masterminds including Nate Ruess.READ MORE 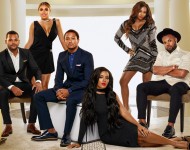 A new series from WeTV, "Growing Up Hip-Hop," is shining some light on the next generation of Hip-Hop superstars.READ MORE 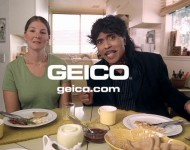 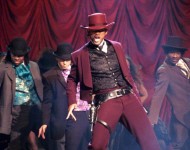 5 Surprising Hip-Hop Ghostwriters: Will Smith, Dr. Dre and Jim Jones Had Curious Helpers with These Hits

The hot news in hip-hop today is the rumor that Compton rapper Skeme may have ghostwritten songs for Iggy Azalea, including "Fancy," the no. 4 song of 2014. This news probably surprises no one, despite denials from the performer herself and mentor T.I. that anyone else had a hand in crafting her hits. And if anyone is that shocked or appalled by the news...perhaps they should check out the history of hip-hop. You'll be surprised at how many songs are actually written by the least likely of performers. Here are just a few examples.READ MORE 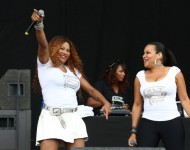 Salt-N-Pepa Reunite with 'Push It' in Geico Commercial [WATCH]

There are few tracks that have stood the test of time since the 1980s like Salt-N-Pepa's iconic "Push It." Even today, you will hear the instantly recognizable, spacey '80s synths carrying through the mix just about everywhere. Now insurance company GEICO has decided to call on the brilliance of the classic "Push It" for a new commercial. To make things even better, GEICO managed to get Salt-N-Pepa to be in the commercial themselves and perform the songs to a variety of different situations that required people to push things, via CNBC. The trio follows individuals onto an elevator, telling a woman to push a button; into a prenatal exercise class, imploring a woman to push it — though maybe not yet; and then onto a dummy sled, coaching football players to once again push it. The commercial could have at least plugged in the turntables or hooked them up in some way to seem less like a plastic prop, though that is getting picky with such a great commercial.READ MORE 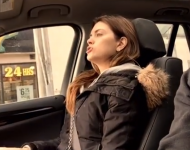 Salt N Pepa In The Car: Man Secretly Records Wife Rapping 'None Of Your Business' [WATCH]

She didn't realize she was on camera until the end. That's why this is funny.READ MORE