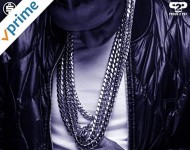 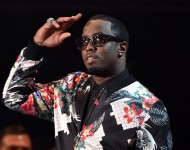 Sean Combs bought Kerry James Marshall's 'Past Times' artwork from an auction last week. He was introduced to the artist's work by Swizz Beatz.READ MORE 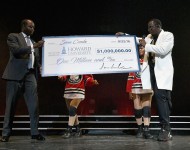 P. Diddy recently paid it forward during his Washington D.C. Bad Boy Reunion Tour, where he presented a huge $1 million check to his former college, Howard University, to start a scholarship in his name.READ MORE 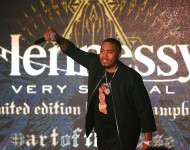 The Revolt Music Conference is entering its third year this October and continues to make it bigger bolder and better. This year, founder Sean Combs will honor Nas, plus present a plethera of entertainment professionals in music, social media, radio and more.READ MORE 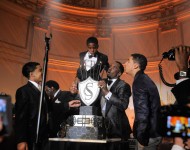 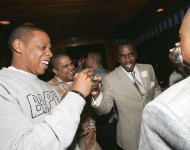 If you're wondering how Puff Daddy (Sean Combs) plans to celebrate his friend, The Notorious B.I.G.'s 44th birthday, the answer is amongst those that were once signed to the Bad Boy Entertainment label along with Jay Z, on stage for a one night only concert at the Barclays Center.READ MORE 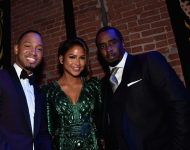 Diddy Gives Terrence J Permission to get Intimate with Cassie

Though reports of their breakup have circulated throughout the internet, Diddy and Cassie seem to still be going strong, and the media mogul remains just as influential in making decisions regarding the singer's personal life and her career choices as he was when they first began dating. In fact, Terrence J (Jenkins) explained in a recent interview how he had to get Diddy's permission before having multiple intimate encounters with his girlfriend.READ MORE 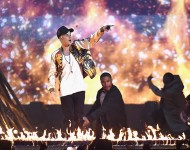 Justin Bieber seems to be facing different changes in his life now since his father, Jeremy Bieber, has proposed to his girlfriend. While getting a new step mom could be a reason to celebrate, the singer also had an early celebration for his 22nd birthday and he snagged a sweet "Bad Boy" varsity jacket from Diddy.READ MORE 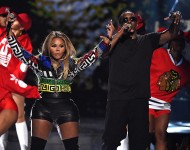 Back in November, when Puff Daddy was still carrying the name P Diddy, he released a mix tape MMM for free. Now, as he used the moniker Puff Daddy & The Family again, he offers the visuals for the song "Auction" with verses from Lil Kim, King Los and Styles P.READ MORE 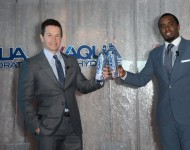 The residents of Flint, Michigan are in crisis mode after finding out that the water that has been consumed by the entire city has been contaminated with lead. The news has spread across the country and has shifted several celebrities into action, who are all willing to help in any way possible. The latest to join in on the efforts to help are new business partners Mark Wahlberg and Sean Combs, who together own a bottled water company; AQUAhydrate and are already beginning to send their water to aid in Flint's crisis.READ MORE 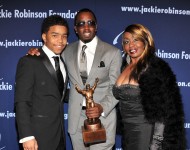 Music mogul Sean Combs, comonly known as P Diddy is making it known that his family is not to be messed with. An Instagram blog site learned this the hard way after Combs had the site deleted for insuating that his son Justin is gay.READ MORE 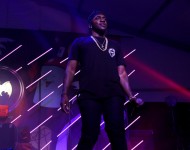 Pusha T has unveiled a smooth official music video for his equally smooth track, "M.P.A.," featuring Kanye West and A$AP Rocky, off of his latest album, 'Darkest Before Dawn.'READ MORE 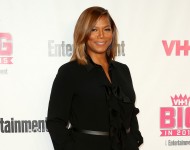 It seems as though rapper/singer/actor/producer (whew!) Queen Latifah has been signing deals left and right these days to bring new content to a TV near you. After recently performing in The Wiz (as The Wiz) and inking a deal with Lee Daniels for a new musical drama, her latest venture has her teaming up with former Brownstone singer and R&B Divas creator Nicci Gilbert for a brand-new reality show focusing on "the redemption of six different women who, at one point or another, were caught in the midst of scandal," according to Wetpaint.READ MORE 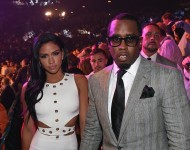 R&B singer Cassie (Ventura) and her longtime beau, mogul Sean Combs (Diddy), have reportedly called it quits. Fans want to know is it true? According to recent reports and an Instagram meme that Cassie posted and then deleted, the answer is "yesssss."READ MORE