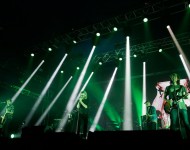 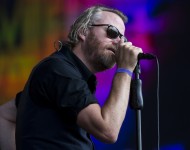 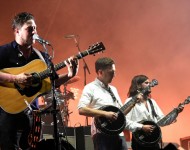 Music festivals tend to bring about endless collaborations and guests to the stage, leaving audience members eager to see if their favorite artists will enlist the help of any fellow musicians. During Mumford & Sons headlining set at Manchester's Bonnaroo on Saturday, the folk rockers invited special guests to join them in a cover of The Beatles classic, "With A Little Help From My Friends."READ MORE 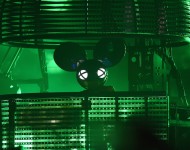 Festival season is in full swing right now in the Northern Hemisphere with Bonnaroo taking the headlines this weekend in the United States. It is a marathon, not a sprint, to get through one, let alone the whole season, yet the announcements just keep on coming. A new contender has announced itself for the very end of the season - Treasure Island, which will feature some big names across music like deadmau5, The National, Father John Misty, The War On Drugs and many more.READ MORE 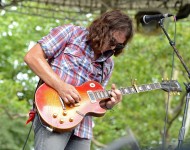 War on Drugs Jumps to Major Label, Atlantic, After 'Lost in The Dream' Success

The War on Drugs has indie rock fans everywhere bristling after Adam Granduciel announced the group would be heading to Atlantic Records for a two-album contract. The band had released its three previous album's, including 2014's acclaimed 'Lost In The Dream,' on independent label Secretly Canadien. Should fans be worried that the expectations of big music will crush the quality of War's output?READ MORE 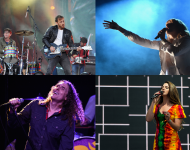 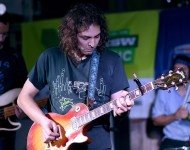 The War on Drugs Performs "Under the Pressure," "Disappointing" on 'Jimmy Kimmel Live!'

The War on Drugs continued its victory lap behind last year's 'Lost in a Dream' album, performing "Under the Pressure" and "Disappointing" on 'Jimmy Kimmel Live!' last night, April 13. The group put on a signature performance, complete with dreamy guitar licks and peaceful grooves.READ MORE 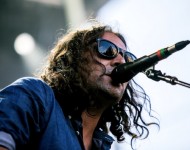 The War on Drugs 'Lost in The Dream' and Lost on The Road as Band Expands 2015 Tour Dates, Festival Stops

The War on Drugs had a pretty good year, with 'Lost in The Dream' appearing on a bevy of end-of-year lists (including placing no. 3 on Music Times Best of 2014) and the band has apparently been selling well in advance of its Spring tour, so it announced a whole bunch of new dates.READ MORE 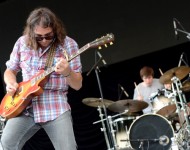 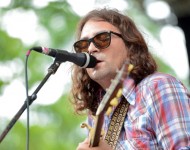 The War on Drugs Announces US Tour Dates for Spring: 'Lost in the Dream' Band Add Gigs Following Festival Announcements

The War on Drugs just added some spring dates to their victory lap tour behind 2014's brilliant "Lost in the Dream" record. In addition to their scheduled appearances at Coachella, Governors Ball and Bonnaroo, the group will make stops in Virginia, Georgia and Alabama before festival season arrives. Their next trek begins at the end of the month in Mexico as part of My Morning Jacket's One Big Holiday event.READ MORE 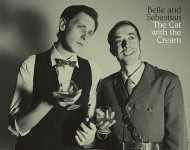 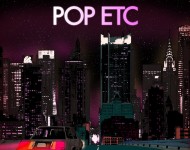 Brooklyn-via-Berkeley indie rock group POP ETC (formerly the Morning Benders) have shared a new track titled "Running in Circles," which you can check out here. According to Stereogum, the track is the first to be shared from POP ETC's upcoming studio album, which is set for release later this year. Keeping up with the recent indie rock trend of paying homage to mainstream '80s rock artists such as Bruce Springsteen, Don Henley, and Tom Petty (see: The War On Drugs, Ryan Adams), "Running In Circles" is a dancey, synth-heavy track that could easily be spun in a club, with a chorus that could legitimately be mistaken for a top 10 hit from 1985.READ MORE 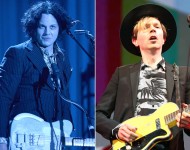