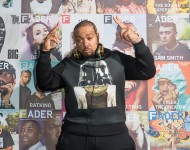 This wasn't the first time Timbaland, whose real name is Timothy Mosley, had a run-in with Uncle Sam.READ MORE

Modern reggae legends Beenie Man and Bounty Killer will have their next clash in the upcoming Verzuz battle Saturday evening, May 23.READ MORE

Music producer Swizz Beatz has finally confirmed the rumors about 112 going against Jagged Edge in the next installment of "Verzuz" in an Instagram post, Thursday, May 21.READ MORE 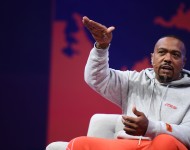 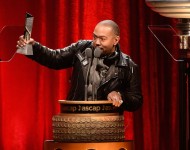 Remembering Aaliyah: 15 Songs Why We WIll Never Forget "Babygirl"

Here's a list of 15 great Aaliyah songs, often referred to as "babygirl," that will more than likey continue its radio play for years to come; continue being added to R&B lovers' mp3 playlists, and continue to be sampled by artists who appreciate good music.READ MORE

Timbaland is known for his work with Justin Timberlake and Jay-Z, but the hit maker is now gearing up to produce music for the Zumba fitness brand. The new product is called STRONG by Zumba and consists of a workout born from intense interval training and bodyweight exercise in addition to strength training. The workout will be done entirely to Timbaland’s beats, which are paired specifically with each workout move.READ MORE 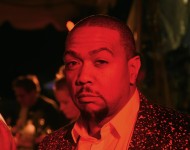 Because of the water crisis in Flint, Michigan, a few artists and DJs decided to get together to put a charity show together to raise money. Unfortunately, the show didn't go as planned when Timbaland reportedly refused to perform due to the lack of champagne he requested.READ MORE

Fox hit show 'Empire' may have some competition around the corner from Timbaland and La La Anthony. The two are set to partner with Leftfield Entertainment for a real life hip-hop docuseries in the vein of Empire. Anthony will be named executive producer with CEO David George, Will Nothacker and Derek Gordon of Leftfield Entertainment, while Timbaland will be executive producer of music on the show.READ MORE 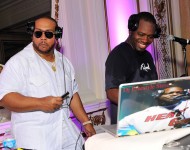 Less than a month after releasing his first mixtape, King Stays King, Timbaland has announced he will go on tour starting Jan. 22 in Washington, D.C.READ MORE

After teasing that he would reveal previous unreleased music from the late Aaliyah, Timbaland dropped the surprise track, "Shakin'," on his latest mixtape 'King Stays King.'READ MORE 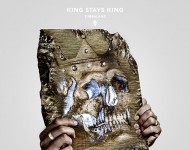