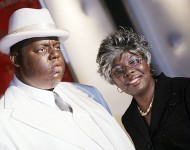 Aside from the forthcoming release of a posthumous album of Notorious BIG, his widow Faith Evans, has revealed her plans of putting on a hologram performance from the late rapper.READ MORE 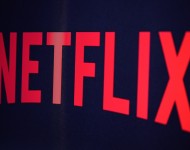 It's that time again! Each month, Netflix offers subscribers a plethora of new movies, original series, TV shows, and more. One program included in the March 2016 arrivals is Murder Rap: Inside the Biggie and Tupac Murders, a documentary exploring the unsolved deaths of two hip-hop legends. This list highlights everything you can stream this monthREAD MORE 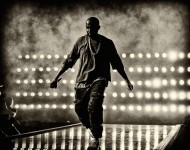 Kanye West is reaching out to the masses for an event he is putting on in Madison Square Garden next week. West has already announced to the world via Twitter that his Madison Square Garden show is officially sold out, which will serve as both a runway show and a premiere for his follow-up album to 'Yeezus,' which remains untitled. Yeezy is looking for exactly 1,200 extras to complete his vision.READ MORE 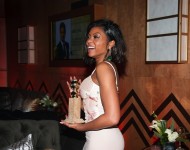 The 2000 hit film, "Baby Boy," starring Taraji P. Henson and Tyrese Gibson has quickly become an urban classic and introduced the feisty talent of Henson to the world. Now, the audition tape that started it all has surfaced and fans are able to see the impeccable talent displayed that skyrocketed Henson's career.READ MORE 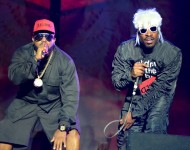 Several big names all being lined up for their Hollywood close-up. Here are five biopics to look out for featuring the likes of Tupac Shakur, Outkast, Susan Boyle and Kurt Cobain.READ MORE 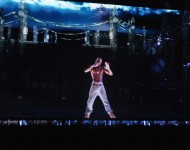 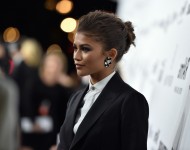 When celebrities begin to generate a little buz in Hollywood and an even bigger fan base, it becomes easy for society to slap a "role model" title on them. While some celebriies like Rihanna & Miley Cyrus aren't fond of the title association, actress and singer Zendaya Coleman wears it like a badge of honor. The Disney star covers the December/January issue of 'Complex,' discussing the responsibilities of being an industry role model and why she compares herself to Tupac.READ MORE 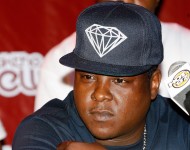 Jadakiss discusses his feelings on top ten lists, and the reasons behind his influence.READ MORE 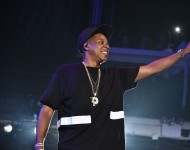 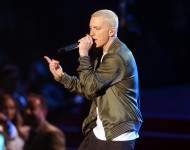 Eminem Writes Essay On Tupac's Music: 'It Was True Genius"

Eminem has penned a new essay on his adoration and genius on the music from one of his musical icons - Tupac Shakur. Drawing from his experience as a kid and a young man with the opportunity to work with the "California Love" rapper's music, Mathers, writes about what Tupac's discography meant to him and the brilliance captured within each single.READ MORE 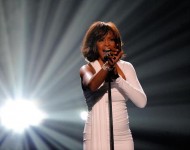 In 2016, Whitney Houston will come "back to life" in the form of a digital hologram as part of a deal between Hologram USA and the iconic singer's estate. Alki David, the company's CEO, discussed the impending touring stage show with Billboard as well as debunking preconceived ideas of what the show would bring about.READ MORE 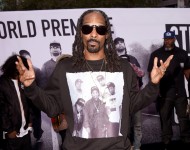 Since the release of 'Straight Outta Compton,' many other artists have been inspired to share their stories on the big screen with their own movies. Snoop Dogg, however, is not one of them. The west coast vet recently said that he's not ready for his own biopic, but he made sure to throw in a few praises for the N.W.A. film.READ MORE 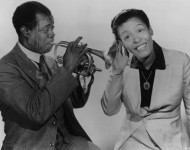 Billie Holiday to be Resurrected as Hologram at the Apollo Theater

First Tupac and Michael Jackson did it and now Billie Holiday is the next artist tapped for resurrection in hologram form for a performance at New York's historic Apollo Theater.READ MORE 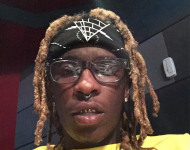 Another Young Thug song titled "Stunna" recently made its way to the Internet. The new release comes as Thugger preps for his first headlining tour this fall with Tory Lanez.READ MORE 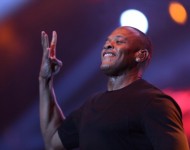 The Internet has been buzzing over the details that have been trickling in about the upcoming film, 'Dogg Pound for Life,' which will highlight Snoop Dogg and Tupac's rise to fame. Dr. Dre's son recently opened up about his role and the current status of the film. As indicated in previous reports, Dre's son, Curtis Young, talks about how he will star as his father, who he met for the first time at age 20.READ MORE