Since their February release of 'Breathe In Deep,' Carrollton has been busy winning new fans. The band had a new single called "Holding On To You" come out on August 26th and this fall, they will be taking the tunes from 'Breathe In Deep' and the new song on the road.READ MORE 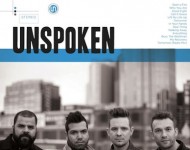 Unspoken's Music is Going Around the World

Unspoken has spent the summer selling out shows all over the U.S. and now, they are seeing their music literally go around the world. The Children's Choir from the Lord Jesus School in Kolkata, India recently released a video of them singing "Lift My Life Up." There is nothing more precious than children praising the Lord!READ MORE 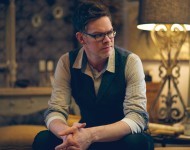 Jason Gray and the "With Every Act Of Love Tour"

Singer/songwriter Jason Gray has announced that this fall, he's going to headline his first tour, the "With Every Act Of Love Tour." Joining him will be several of his Centricity Music labelmates.READ MORE 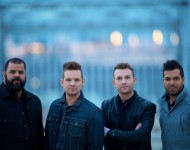 Unspoken Inches Closer to the Top of the Charts

When Unspoken, Centricity Music's new band, released their debut album on April 1, 2014, they were hopeful that the week-long radio promo tour would help get the music out there and that fans would love it. Their wishes came true on both fronts and the band has now broken Billboard's Top 20 list, inching up each week since May 31st.READ MORE 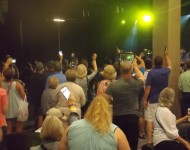 Unspoken Is Gearing up for Their First Full Release

Centricity Music's new band, Unspoken, is counting down the days until their first full album release on April 1st. In order to get radio program directors and DJs on board, the guys will be heading out on a week-long radio promo tour next week.READ MORE 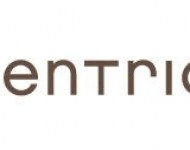 2013 Was a Great Year for Centricity Music

It's hard to believe that Centricity Music was the new kid on the block only eight years ago. Today, the indie label has a roster of incredible talent and 2013 saw each of them reaching major milestones in their careers. READ MORE

Dove Award winners Big Daddy Weave is on the road with Chris August and Unspoken for the "The Only Name Tour." With 25 stops to go, the tour will run through November 3, where it will wrap up in Butler, Pennsylvania...READ MORE