Machine Gun Kelly is out again with his rap-punk antics in the new single “my ex’s bestfriend.” Lending vocals for the song is Florida-based musician blackbear.

Coincidentally, the song's title and blackbear's name is stylized in all lowercase.

Travis Barker, blink-18 drummer, helped MKG write and produce this new pop-rock song. MKG is blessed to work with Baker, seeing that blink 182 was one of his inspirations.

The new single feels more pop than punk compared to his previous classic punk track "concert for aliens" and "Bloody Valentine." Still, fans can sense how well the rapper worked with the blink-182 drummer in all three songs.

Nevertheless, all these tracks will make their way on his upcoming album called "Tickets to My Downfall."

Machine Gun Kelly (born Richard Colson Baker) also lists Rage Against the Machine, Yellowcard, and The Killers as musical influences. Fans should now have a wild guess on how the rap-rock album will turn out. 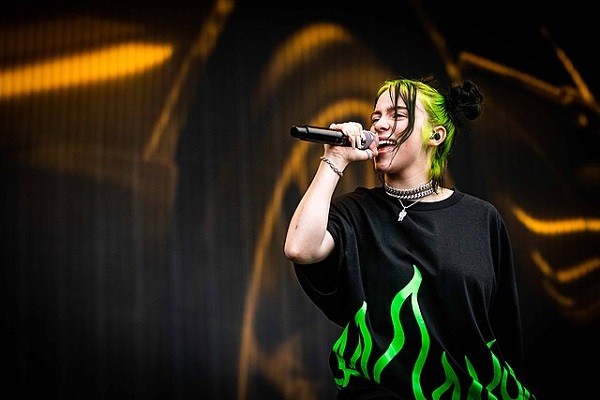 Not to be confused with an American gangster who inspired the name, Baker mentioned his intention for the upcoming album. He wants fans to pick up the guitar.

"I hope that this project, for an audience broader than what's already listening to music that has instruments in it, I hope that this album inspires some kids to go and pick a guitar up, because it really is uncommon for a 15-year-old to have been to a concert where anyone's playing an instrument,"

The pandemic situation is also a perfect opportunity for a new hobby.

The American rapper added that he finds it weird because plenty of people goes on to him and say "Dude, this is the first time I've ever seen someone play a guitar live, it's crazy, I wanna do it."

Machine Gun Kelly is best known to have a diss battle with Eminem back in 2018. He attempted to criticize Eminem in the track "Rap Devil." Eminem responded in kind with the track called "KILLSHOT" about 12 days later.

He is revealed to be dating model and actress Megan Fox since June 2020. His girlfriend appeared in the music video of his previous track "Bloody Valentine." The song also had an acoustic version where the music video shows the rapper playing the guitar.