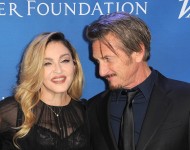 Madonna spoke out for Sean Penn after he filed a defamation suit against 'Empire' co-creator Lee Daniels for allegations of domestic violence, but it hasn’t helped. This past Tuesday (Feb. 2) it was requested that a judge dismiss the case against Daniels despite an affidavit from his ex-wife that he never abused her.READ MORE 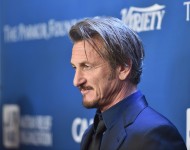 As previously reported, actor and activist Sean Penn recently traveled to Mexico to interview the infamous drug cartel leader Joaquin "El Chapo" Guzman following his daring and remarkable escape from a Mexican prison. "El Chapo" has since been caught and detained by Mexican authorities, and may face extradition to the United States for crimes he has committed during his reign as one of the most powerful players in the illegal drug trade. Sean Penn, following the news of his recapture, told Charlie Rose that his interview was a "failure."READ MORE 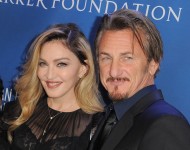 After the infamous story of Sean Penn leaving his ex-wife Madonna tied to a chair during their relatively short-lived marriage, it's surprising to know that she came out in support of his Help Haiti Home charity gala. Queen Madge made an appearance at the event in Beverly Hills this past Saturday (Jan. 9) and went as far as to say "I love you" to her ex-husband after she performed. They even arrived at the event holding hands.READ MORE 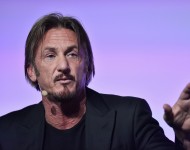 Sean Penn secretly went to a secluded jungle clearing somewhere in Mexico where he was given the opportunity to interview infamous Mexican drug lord Joaquín Guzmán Loera (a.k.a. "El Chapo"). The illuminating conversation shed light into the scope of Chapo's operation, the amount of public officials under his control and the vast amount of power the Mexican kingpin has managed to acquire. The interviews began in October after "El Chapo" had escaped from a Mexican prison in a daring feat the puzzled officials all over the world.READ MORE 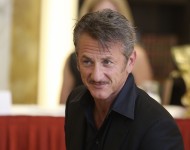 Sean Penn has smacked 'Empire' creator, Lee Daniels, with a $10 million defamation lawsuit after some controversial comments were said during a recent interview with 'The Hollywood Reporter.' Daniels stated both his lead actor, Terrence howard, and Penn faced domestic violence allegations, but only one man's name was smeared in the mud, citing race as the cause. The lawsuit was filed on Tuesday (Sept. 22) in New York Supreme Court, where Pennad admitted he was falsely accused of domestic violence.READ MORE 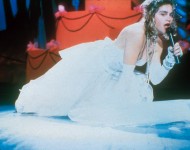