Born Ermias Joseph Asghedom, Nipsey Hussle was among the old guard from the West Coast hip-hop scene. Most of his hits carry the unapologetic language and autobiographical narrative used by West Coast icons, from Ice-T, N.W.A, to Tupac Shakur himself.

Aside from his career as a rapper-songwriter, Hussle has also advocated progress in his community. He has a co-working environment named "Vector 90." He has also worked actively to solve and prevent gang violence in the southern part of Los Angeles.

On March 31, 2019, Hussle was killed by gunshot wounds. He was shot in front of his Marathon Clothing store. While it has been a year since his passing, his legacy still remains both in his community and in the hip-hop music scene. To remember Nipsey Hussle's grind and triumph, here are his top 3 albums on Amazon, all in vinyl record format, you can play for your own victory lap.

"Mailbox Money" is the 2014 Nipsey Hussle album and his ninth mixtape overall, released on December 31, 2014. A product of Nipsey's unique, entrepreneurial mindset, he formed the concept for this release after reading an article on passive income and equity. Two days before its release, he revealed the 15-track setlist. It featured performances from Rick Ross, Dom Kennedy, Buddy, Trae Tha Truth, and more.

It was preceded by his official debut single, "50 Niggaz." The album involved DJ Mustard, Hit-Boy, Rance, and his frequent collaborator DJ Khalil. Get your own copy of this Nipsey Hussle album, in 12-inch, 33-rpm vinyl record format, only on Amazon.

The eighth mixtape facing massive critical and commercial success, "Crenshaw" would later spawn a nationwide tour for the late rapper. "Crenshaw" was first released back on October 8, 2013. It featured guest appearances from Slim Thug, James Fauntleroy II, Skeme and Sade, and more.

It was first released for free on mixtape hosting sites before going commercial. "Crenshaw" was reportedly sold out at its Fairfax pop-up store, with each vinyl record selling for a $100 each. It gained more traction after Roc Nation, on behalf of Jay-Z, purchased 100 copies of this mixtape. Later, additional copies were sold. It was hailed as a smart move by other rappers, with its low per-unit costs. Its vinyl record format is regularly restocked, though it quickly runs out on Amazon.

While we will never know what the world will be like had Nipsey Hussle survived, he has somehow managed to leave a fitting swan song to his career. "Victory Lap" is the debut and the only studio album he released. This Nipsey Hussle album was released on February 2018, a year before he passed away. It debuted at the fourth spot of the all-genre Billboard 200. It later experienced a surge in sales in April 2019, reaching No. 2. It was also nominated as the Best Rap Album in this year's 61st Grammy Awards. 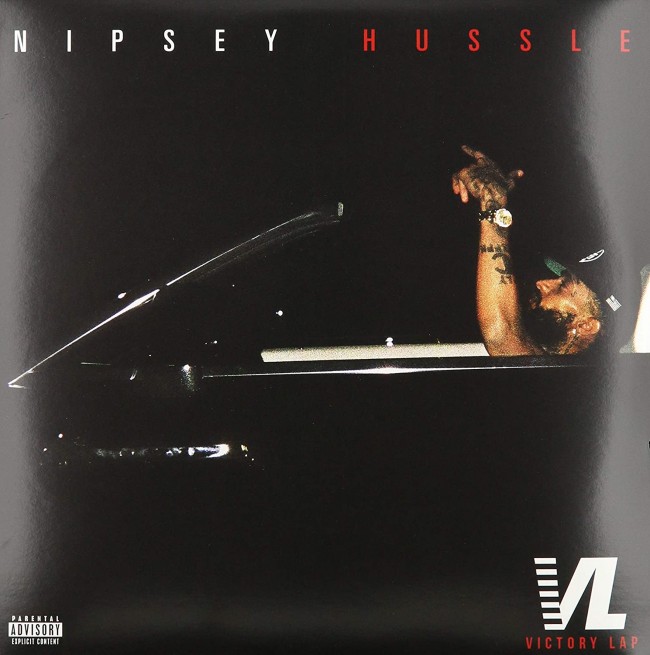 "Victory Lap" has been recognized as Nipsey's look-back at his grind and hustle to get where he was at that point. As such, it has featured appearances from hip-hop and funk giants such as Sean "Puff Daddy" Combs, YG, Kendrick Lamar, and Cee Lo Green. Own this piece of history in its double vinyl-record format, now running out on Amazon.

To find out some of Nipsey's best lyrical works, check out Nipsey Hussle: Top 4 Hits from the Late Hip-Hop Icon. For more top picks from West Coast hip-hop, take a look at Keeping 2Pac's Music With These Choice Vinyl Records.