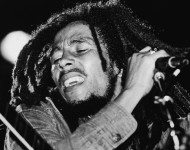 Bob Marley is considered as one of the legendary pioneers of reggae. The Jamaican musician, along with his band The Wailers, incorporate his distinct voice other styles such as ska and rocksteady. He is a pop culture icon for introducing Jamaican music worldwide. Here are some of his most memorable songs:READ MORE 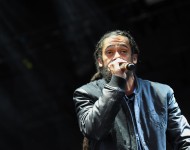 Damian Marley and his adorable son recently starred in the music video for 'Living It Up.' The track is featured in Marley's 'Stony Hill' album.READ MORE 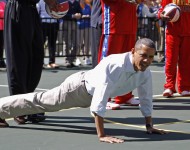 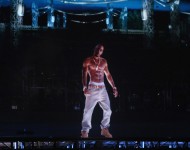 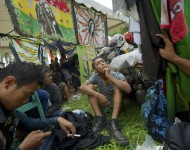 Bob Marley Finally Has an Official Brand of Weed and Paraphernalia

Bob Marley is as synonymous with weed as Snoop Dogg, Willie Nelson or Wiz Khalifa, if not far more so. Just walk around any college campus, or more likely find the stoners hidden away in their dorm rooms, and you'll see a litany of Marley shirts and flags marking the identity of ghanga lovers everywhere.READ MORE 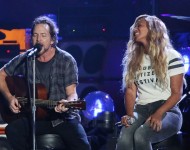 At New York City's annual Global Citizen Festival this year, the most shocking collaboration of the event was the one which included Beyonce, the queen of pop and Eddie Vedder, the king of grunge, teaming up for a rendition of Bob Marley's "Redemption Song."READ MORE 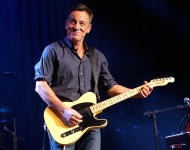 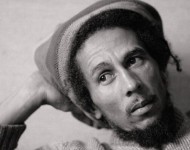 The estate of Bob Marley earned a big win in court recently as a judge has decided that there is too much confusion involved when consumers purchase clothing with the reggae great's likeness. As The Hollywood Reporter notes, the decision could be good news for other musicians and celebrities whose picture is used on merchandise without their consent. Fifty-Six Hope Road Music, a clothing company that is partnered with Marley's estate, argued that consumers would confuse unofficially licensed merchandise as being endorsed by the Marley family.READ MORE 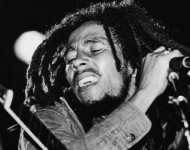 Next year marks what would have been the 70th birthday of Bob Marley, the biggest figure in "world music" history, and as you would expect, there will be a boatload of special releases on the way. The Marley family has allowed the Universal Music Group access to his back catalogue to gather up unreleased material for deluxe rereleases of classic albums, probably including Exodus, Natty Dread and more.READ MORE 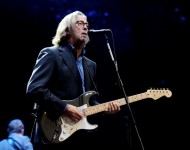 Ten years ago on this date, a red Gibson SG was sold at auction for $570,000 at auction in New York City. As you can imagine, there was a story behind the value: George Harrison had used it during the recording of The Beatles' Revolver and John Lennon later sued the guitar while recording The White Album. Remarkably, that's far from the most that's ever been paid for a guitar at auction. In fact, seven six-strings have brought in more.READ MORE 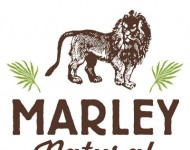 Bob Marley and marijuana have been put in the same sentence for decades, and now his name will officially be attached to the first global brand of marijuana. It will be called Marley Natural, "a premium cannabis brand rooted in the life and legacy" of the reggae legend and the Marley Family, who has recently licensed a variety of lifestyle products but hasn't until now moved into the sale of the plant itself.READ MORE 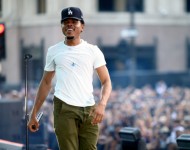 Chance the Rapper and Erykah Badu recently appeared in cartoon form as Bob and Rita Marley in an episode of Adult Swim's "Black Dynamite." The show, a spinoff of the one of the greatest films ever made, is full of NSFW brouhaha and graphic language. You can watch the unofficial stream below, via Pitchfork, or check out the official stream with a cable/satellite subscription.READ MORE