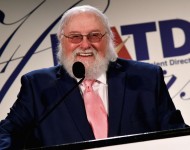 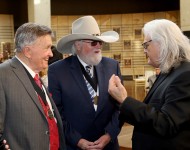 Charlie Daniels, Country singer-songwriter behind the 1979 hit "The Devil Went Down to Georgia," died on Monday, July 5. He was 83.READ MORE 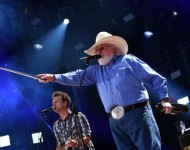 It's been more than 40 years since Charlie Daniels first hosted Volunteer Jam, but he's bringing it back next August with a lineup that includes Billy Ray Cyrus, Kentucky Headhunters, Montgomery Gentry, the Outlaws, Lee Roy Parnell and Travis Tritt.READ MORE 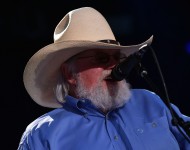 Michael W. Smith and Charlie Daniels to be Honored

Next month on November 11, the Nashville Association of Talent Directors will host their fourth annual Honors Gala at the Hermitage Hotel, honoring six Nashville legends, including Charlie Daniels and Michael W. Smith.READ MORE 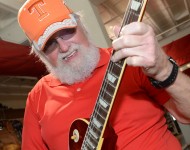 Charlie Daniels may be getting ready to turn 78 on October 28th, but that doesn't mean he's anywhere near ready to slow down. The man known for "The Devil Went Down to Georgia" had a busy summer schedule and if anything, his fall/winter bookings are even more intense. With over 30 shows scheduled between now and mid-December, The Charlie Daniels Band will travel from coast to coast before the year ends.READ MORE 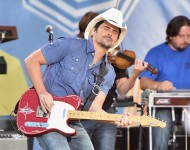 Salem, Virginia, is going to get a little bit country fried next May. Yesteday (Sept. 21), the lineup for the Blue Ridge Music Festival 2015 was announced, and major hitters Brad Paisley and Florida Georgia Line are set to headline the annual music gathering, set to take place from May 30-31, 2015.READ MORE 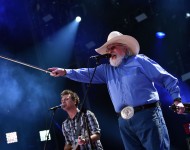 When the Guthrie Center, Iowa event made its debut in 2009, it was a one-day concert. In 2011, it expanded to a two-day event. 2014 will offer even more fun and more music as Guthrie's grows to a full three day extravaganza of country music and family fun.READ MORE

As Charlie Daniels celebrates 35 years of the devil going down to Georgia, he's taking the hit song out for a trip around the country. With nearly 40 stops already lined up for this summer, the 77-year-old fiddle player will have less time for golf, but plenty of time for great music!READ MORE

Charlie Daniels and Lipscomb University are partnering to raise funds for veterans education with an all-star line-up of artists at the fifth annual Copperweld Charlie Daniels’ Scholarship for Heroes event.READ MORE 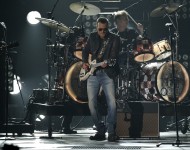