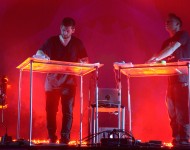 CRSSD Festival has unveiled the 2016 lineup and it is stacked. Entering its second year, the California-based electronic music festival has tabbed some of the most highly touted names in electronic music like Odesza, Tale of Us, Gesaffelstein, Loco Dice, Claude VonStroke, Hot Since 82, Chet Faker and the techno moniker of Eric Prydz, Cirez D.READ MORE 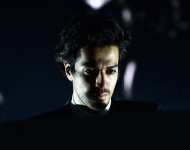 The BLACK Music & Arts Project will take over the Brooklyn Hanger with a lineup of Gesaffestein (DJ Set), Jon Hopkins (Live), Flat White (Virgil Abloh) and GENER8ION. To celebrate the occasion we have teamed up with MATTE, the creators of BLACK and Full Moon Festival to present a playlist to get you ready for this all night affair in Brooklyn on Saturday night.READ MORE 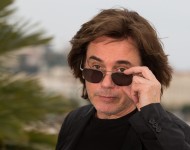 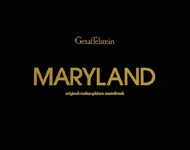 French DJ, producer, Gesaffelstein has shared the first piece of new original music from his upcoming soundtrack for the new French film Maryland. The new track is titled "A Pledge" and it is the last of his new pieces before the soundtrack flips over to past works from the Aleph DJ.READ MORE

The reclusive Mike Levy, better known to the world as Gesaffelstein, made the announcement over the weekend that he will be scoring the soundtrack to the French film Maryland and with it, composing 12 new tracks.READ MORE 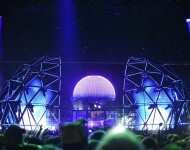 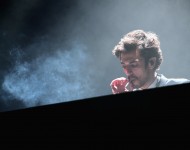 Video has emerged from supposedly Gessafelstein's last live show ever. The French DJ, producer performed the past two weekends at Coachella and in the months leading up to the festival, he declared without elaborating on why, that the two nights were going to be his final 'live' shows. This left fans frantically wondering how they would see the Aleph DJ once again since his live show wasn't coming back to any of their cities any more. Luckily enough, one enterprising fan recorded most of the set on a camera with remarkable recording quality, which is crucial because those who have seen Gessafelstein, real name Mike Levy, live know the bass will blow out any speaker.READ MORE 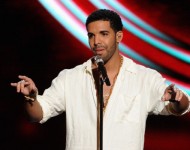 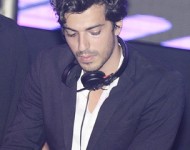 Gesaffelstein Says Coachella Will Be His Last Live Show

Sad news for Gesaffelstein fans. The French DJ, producer has announced, in conjunction with his worthy inclusion on the Coachella 2015 lineup, that the performance would be the "Last Gesaffelstein Live." He delivered the news in very few words without much in the way of an explanation, as one would expect from Gesaffelstein, whose real is Mike Lévy.READ MORE

Hard Events's Holy Ship! has become one dance music's premiere destinations for fans who want to party out at sea with their favorite DJs. Entering its fourth year, the dance cruise just completed its first journey from Miami with Djs like A-Trak, Pretty Lights, Laidback Luke, Flume, Duke Dumont, Rl Grime, Gorgon City and others were brought along for the four-day voyage. 2015 saw the cruise expand to two seafaring expeditions out of Miami, but according to an interview by Revolt with Gary Richards, the founder of Hard Events, which hosts Holy Ship!, the promoter has their sites on another market, Europe, specifically the Mediterranean.READ MORE