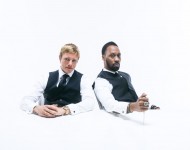 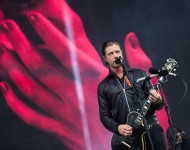 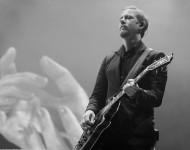 Interpol is finally gearing up to tour North America in 2015. Today (Jan. 20), the "All the Rage Back Home" band announced its full lineup of spring and summer tour dates in support of its new album El Pintor. In addition to Coachella and the Shaky Knees Festival, Interpol has also rescheduled the tour dates the band was forced to cancel after getting stuck in a snowstorm in Buffalo, New York.READ MORE 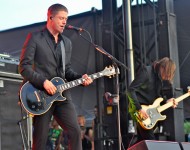 Interpol's music is pretty fitting for a freak snowstorm. From songs about barricades to music about New York, it's like Interpol has been predicting this for quite some time. So, in solidarity with the band, here are # Interpol songs to get you through 40+ hours on a snowed in tour bus.READ MORE 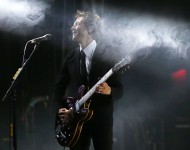 Pitchfork reports that Interpol guitarist Daniel Kessler has started a side project called Big Noble, which is a collaboration with sound designer Joseph Frailoli. The duo’s debut album is expected sometime in early 2015, but their music can already be heard at a New York sound installation called “Sounds of NYC,” which is running until Oct. 5 at Sonos Studios. Based on the ads created for the installation, their music seems largely instrumental and ambient, as opposed to Interpol’s guitar-driven post-punk.READ MORE 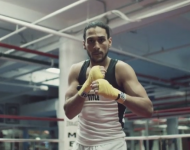 New York post-punk band Interpol have shared the music video for their latest single "Twice As Hard," which you can check out below. The video, directed by lead singer Paul Banks, doesn't feature any members of Interpol, but rather documents a group of boxers as they exercise and train in a gym, so it's not exactly what you'd expect from such a dark, ethereal band.READ MORE

There aren't as many huge debuts as last week but this week does mark the most new albums to crack into the Top 10 yet during 2014 as seven new records make the list this week. Yes, that does mean that the Frozen soundtrack has finally left the Top 10 for the first time this year. Big things are happening.READ MORE 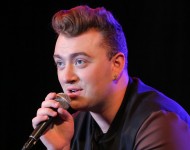 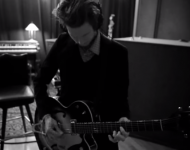 New York post-punk band Interpol has shared a short behind-the-scenes documentary on the making of their latest album El Pintor, which you can watch below. It is the first time that the band has been documented in the studio, and features interview with all three members of the band concerning their songwriting process and how they've adjusted to their new three-piece line-up.READ MORE 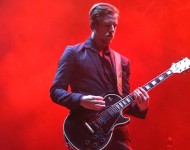 Interpol and The Strokes have been viewed as rivals since releasing debuts in the early 2000s, and Interpol frontman Paul Banks confirmed the sentiment in a recent interview with The Guardian.READ MORE 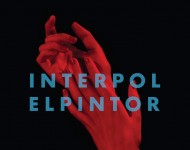 Interpol's upcoming studio album El Pintor is streaming right now over at NPR, two weeks before it's set for release on Sept. 9 through Matador Records.READ MORE 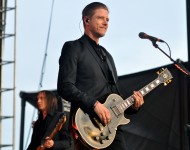 New York indie rock band Interpol will be getting pretty artsy at the release show for its new album El Pintor. Today (Aug. 20), the "All The Rage Back Home" group announced it will be playing a concert at the Metropolitan Museum of Art to welcome in its fifth studio effort and the Met's new mobile app.READ MORE