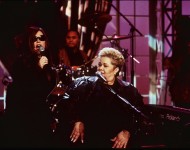 Some include Bjork's world map dress in 2004 and Paul McCartney in 2012.READ MORE 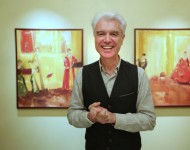 In an area-sized display, former Talking Heads front man, David Byrne, enlisted the talents of a color guard team for four shows between June 22 and 23 at Toronto's Air Canada Centre and June 27 and 28 at Brooklyn's Barclays Center. Ten Flag-spinning expert troops spanning the country will be joined by ten various artists including, St. Vincent, Tune-Yards, Nelly Furtago and Zola Jesus for the showing of 'Contemporary Color.'READ MORE 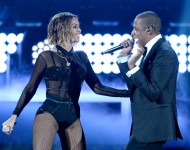 Billboard named Iggy Azalea's "Fancy" as its official "Song of The Summer," a title they've doled out for 29 years. So how does it compare to the other seasonal hits named by Billboard during this millennium?READ MORE