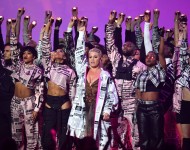 The 14-year-old YouTube star fired back after the 41-year-old singer criticized her for wearing bikini and having her photos in said skimpy attire by her own mother.READ MORE 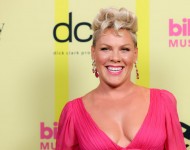 Pink's Dad Dead: Cause of Death Unclear, But Singer Is in 'Worst Pain'

Some sympathized with her, saying this is the worst kind of pain there is. Nearly a year after the singer disclosed he was undergoing chemotherapy, the diva shared a post honoring her father on Thursday night.READ MORE

P!nk and her son tested positive with COVID-19 - and gave her a scare.READ MORE 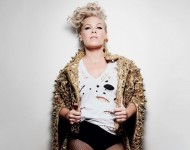 P!nk Positive With Covid-19, Donates $1M After Re-tested as Negative

P!nk was found positive for COVID-19 but later tested negative. She donates $1 million to support the fight against the virus.READ MORE 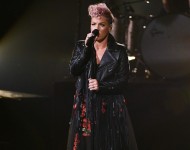 P!nk Forgets Lyrics To ‘Who Knew’ At NYC Concert, And Still Brings Down The House

P!nk recently forgot the lyrics to one of her biggest songs, 'Who Knew,' during a performance at the Madison Square Garden. Concertgoers revealed that the singer accidentally swore at the crowd.READ MORE 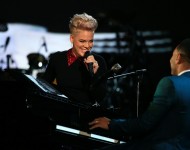 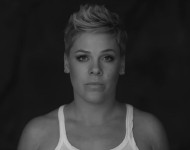 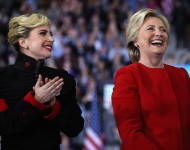 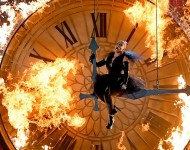 Pink can perform while hanging from the ceiling during the Billboard Music Awards but she is totally flustered when she met her celebrity crush Johnny Depp during one of the episodes of Jimmy Kimmel Live.READ MORE 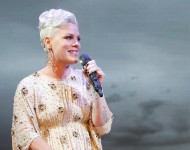 Pink will release her first new single in nearly four years "Just Like Fire" on April 15. The track is set to appear in the upcoming Disney movie 'Alice Through the Looking Glass.'READ MORE 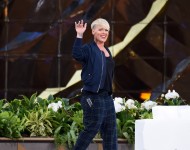 Pink decided to take a strong stance against the most recent nude selfie that reality star Kim Kardashian shared on Instagram earlier this week, calling out Kanye West's wife for using her body rather than her mind, talents, etc. to make a name for herself. The pop singer shared a message on Twitter, showing her disdain for the latest picture of Kardashian as a celebration of International Women's Day. Unfortunately for Pink, a long career as pop music's "bad girl" has resulted in a number of photos that clearly contradict her recent statements, which Twitter users were happy to share this week. In other words, celebrities should stay away from slut shaming others.READ MORE 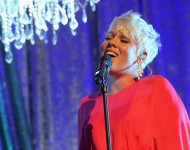 Pink may be known for her boundary-pushing pop music and acrobatic live performances, but now the "Just Give Me a Reason" singer is on a new mission: to help eliminate childhood hunger. On Monday (Nov. 30), UNICEF announced that Pink is the new ambassador for its charity.READ MORE 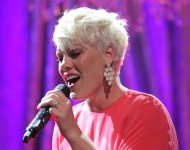 Pink was not a fan of this year's MTV VMAs, and the "Just Give Me a Reason" singer is not apologizing for it. Earlier this week, the 35-year-old pop star spoke out against this year's ceremonies, saying they made her "embarrassed and sad." And despite Demi Lovato speaking in favor of the show and her "Cool for the Summer" performance, Pink is standing her ground.READ MORE