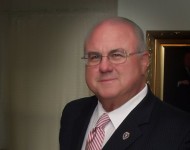 Daniel Travis Durham, 30, is charged with murdering Texas pastor and gospel musician Dr. Donald Frazier in his home on July 4th. He will be arraigned on July 31st in 178th District Court.READ MORE 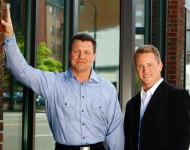 Jonathan Wilburn and his son, Jordan, may be a new grandfather and a new dad, but this summer, they're still going to be on the road, singing about Jesus and sharing their faith.READ MORE

Last week, the Absolutely Gospel Music Awards were handed out in Smyrna, Tennessee. The big winners of the night were The Isaacs, who took home five awards.READ MORE

The Horn Family Hits The Road to Support Their Debut Release

The family that has spent the past decade blending country and contemporary gospel released their debut album last month. In order to share the new music with fans, they're on the road throughout the summer, visiting cities that span from Georgia to Ohio.READ MORE 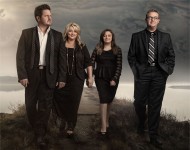 Mike Bowling, his wife Kelly, their daughter Hope and longtime friend Troy Peach make up The Bowling Family, The talented group spends a lot of time on the road, sharing the gospel through music and testimony. Their spring and early summer schedule is proof of how much they love sharing Jesus as they are all over the place.READ MORE

Joseph Habedank is embarking on a new path, a new direction and new steps in 2014. The singer/songwriter, who left The Perrys in 2013, is entering into a new season as a solo artist. He has signed a recording contract with Daywind Records and a booking agreement with the Dominion Agency.READ MORE

Gospel Music veteran Norman Holland passed away on March 10, 2014 from heart failure in Nashville, Tennessee. He was the former A&R Director for Daywind Records, having retired last year after 16 years of faithful service. Visitation for Norman Holland will be on Saturday, March 15, 2014 from 1 p.m., until 2 p.m. Funeral services will be held immediately following the visitation.READ MORE

With two Absolutely Gospel Music Award nominations and their homecoming on the horizon, The Sneed Family has a busy spring ahead of them.READ MORE

Daywind Records has announced the addition of Tribute Quartet to its roster of Southern Gospel artists. READ MORE

The National Quartet Convention has shared some big news lately ... a big move and a new event. While the Convention itself is moving to Pigeon Forge next year, they will continue to bring the best in Southern Gospel to Louisville, Kentucky with a new event, the NQC Spring Break, which will be held Thursday and Friday nights, March 27-28, 2014, at Southeast Christian Church in Louisville, Kentucky.READ MORE

Blending country and contemporary gospel with occasional traditional gospel moments, the Horns have spent the past decade traveling the Southeast in a 15-passenger van, sometimes playing over 100 concerts per year.READ MORE

It's a Boy for Tribute Quartet's Riley Harrison Clark

Riley Harrison Clark, the tenor for the Tribute Quartet, and his wife Megan welcomed a son into the world on January 28th at 11:50 pm. READ MORE

Aaron and Amanda Crabb have traveled all over the world making music and sharing the Gospel. Both pastors for over a decade (Aaron since 2002 and Amanda since 2004), they were in San Antonio, Texas, where Aaron was the worship leader of Cornerstone Church. Then God called him to take his family, leave stability, and plant a church in Hendersonville, Tennessee.READ MORE 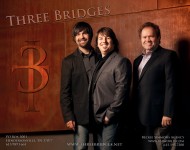