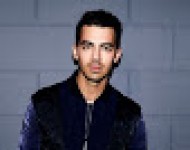 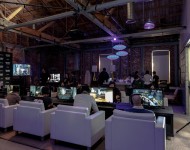 Top 10 Most Watched Twitch Streamers, Channels of 2015 Based on Views, Subscribers, Followers

Who's your favorite streamer on Twitch? Do you think he/she/they are popular enough around the globe to make the top 10 lists of 2015 based on channel views and followers? Well, check out these lists below to see if you're watching one of the biggest gamers playing video games!READ MORE 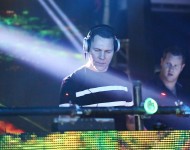 Ultra Music Festival 2015 has ditched its own native website for hosting live streams and is going with live streaming giant Twitch to webcast this weekend in a new partnership announced this week. The new deal creates a specific channel for Ultra on Twitch, twitch.tv/ultra, which is normally reserved for gaming. The channel will broadcast the 17th annual UMF this weekend during Miami Music Week March 27 to 29, and the stream will be powered by 7UP, which has invested heavily in EDM festivals and live streams, including last year's Ultra. The schedule has also been announced for this weekend.READ MORE 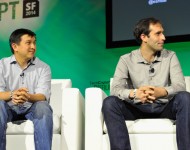 A video game streaming service has announced today, Jan. 15, that it is expanding into the music arena with a new Twitch Music section of its website. It will feature a growing library of music from approved publishers and labels and allow for artists to stream their own original music through the service. Twitch music, as of this writing, has 538 songs in its catalog and has deals with publishers like Steve Aoki's Dim Mak Records, Skrillex's OWSLA, Flux Pavilion's Circus Records, Spinnin' Records and more. It is primarily EDM-focused for now, but in the site's FAQ, it clarifies that "our intention is to add music from all genres to our library." Twitch and the music community have been closely intertwined for some time now. Krewella unveiled their first song post-Kris Trindl, "Say Goodbye," through the service. Skrillex live streamed his OWSLA holiday party through the service in December. Several artists like deadmau5, Steve Aoki, Porter Robinson and Fred Durst of Limp Bizkit have partnered with Twitch to live stream their own video game playing. Indie dance music label Monstercat has helped pave the way for the music library with a 24/7 music channel called Monstercat FM.READ MORE