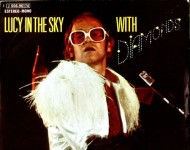 Other Bands Going to No. 1 With Beatles Songs: Elton John, Joe Cocker, Billy Kramer and More

Plenty of bands from the cover-friendly '60s and '70s made it to the top of the charts with Beatles songs. Here's a short list of acts that took the works of John Lennon and Paul McCartney to the top...even when The Beatles couldn't.READ MORE 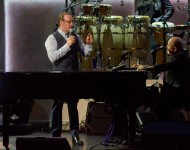 An all-star lineup showed up to pay tribute to Billy Joel in November and the PBS special aired last night (Jan. 2). The singer-songwriter received the prestigious Gershwin Prize for Popular Song by the Library of Congress. Boyz II Men, Kevin Spacey and Tony Bennett performed a few choice numbers while LeAnn Rimes, Josh Groban and Natalie Maines also joined in on the celebration. Joel took the stage for some of his tunes as well.READ MORE 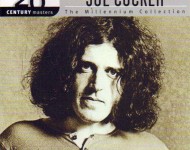 Society always celebrates the records that top the Billboard 200 album chart. Back of The Billboards is a Music Times weekly segment that looks at the opposite end: the new record that finished closest to the back of the Billboard 200 for the previous week. We hope to give a fighting chance to the bands you haven't heard of. This week we look at Joe Cocker's chapter in 'The Millennium Collection' best-of series, popularized by his unfortunate recent death.READ MORE 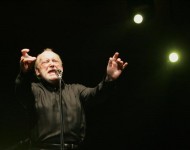 Soulful rock icon Joe Cocker died yesterday, Dec. 22, at the age of 70. The singer had been battling lung cancer. Tributes began flooding in from Cocker's contemporaries: Paul McCartney, The Doobie Brothers and Ringo Starr all paid their respects on Twitter. Some of today's artists like Lupe Fiasco, Lady Antebellum and Lenny Kravitz also showed love for the legendary performer. McCartney recalled Cocker's brilliance on The Beatles's "With a Little Help from My Friends," which the singer recorded in the late 1960s and eventually became the theme song for "The Wonder Years": "It's really sad to hear about Joe's passing. He was a lovely northern lad who I loved a lot and like many people I loved his singing. I was especially pleased when he decided to cover 'With a Little Help from My Friends' and I remember him and Denny Cordell coming round to the studio in Saville Row and playing me what they'd recorded and it was just mind blowing, totally turned the song into a soul anthem and I was forever grateful to him for doing that."READ MORE 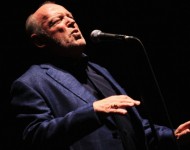 Joe Cocker Dies at 70: "You Are So Beautiful" Singer Passes Away Following Battle with Lung Cancer

Rock 'n' roll singer Joe Cocker has passed away. Today (Dec. 22), the Grammy-winning artist and "You Are So Beautiful" singer was pronounced dead after a lengthy battle with lung cancer at the age of 70.READ MORE