The Rolling Stones will reenter tour mode May 26 in Norway

The Rolling Stones were understandably for a spell following the death of L'Wren Scott, the longtime partner of frontman Mick Jagger. At the risk of sounding callous, nothing can keep the band down for too long however, and the group will hit the road again in May, beginning a slew of dates across Europe and Israel.READ MORE 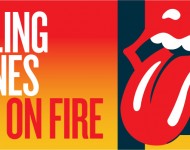 No one, least of all Mick Jagger's fellow member in The Rolling Stones, had a problem with canceling a slew of Australian dates so that the vocalist could take time to mourn the death of his 13-year partner. The decision for such a huge act as the Stones to cancel the dates comes with a cost however. Billboard places an estimate at $10 million in losses. READ MORE 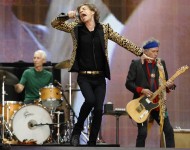 Rolling Stones will return to Australia in October/November, promoter confirms

Frontier Touring, the promoter behind The Rolling Stones current trek, has confirmed that the band would return to Australia and New Zealand during October and November. The band was forced to cancel seven shows on the continent following the sudden death of vocalist Mick Jagger's longtime girlfriend L'Wren Scott.READ MORE 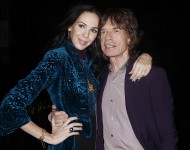 Mick Jagger has opened up about the death of his longtime girlfriend, fashion designer L'Wren Scott.READ MORE

The Rolling Stones have announced two European festival appearances. They are now set to play Holland's Pinkpop Festival on June 7 and Belgium's TW Classic Festival on June 28. As the article notes, both shows fall within their "14 On Fire" tour.READ MORE 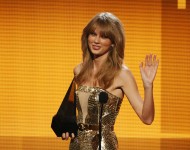 Last week we reported that the top one percent of earning musicians bring in more than 77 percent of total recording income from the music industry. We didn't have numbers at the time to demonstrate who earned what, but Billboard has just released its list of the Top 40 highest earning musicians for 2013. READ MORE

Make as many "you're old" jokes as you want about the Rolling Stones, but forgetfulness hasn't become a problem yet. The band dug deep into its catalogue in Tokyo on Tuesday, pulling out the track "Silver Train," a song that hadn't been performed live for more than 40 years. READ MORE

Trailers for Wes Anderson's new film The Grand Budapest Hotel have recently circulated as un-skippable ads on YouTube and pre-film entertainment in movie theaters. The fantastic Mr. Anderson may appear to be immovable--in that his Futura technicolor has becomeREAD MORE 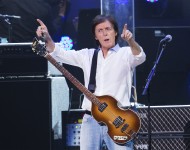 The 56th Annual Grammy Awards hosted by LL Cool J will air live from the Los Angeles Staples Center this Sunday (January 26) at 8 p.m. EST on CBS. We've examined the biggest categories and have put in our two cents on who we think should win and who we think will win each award. Vote for your pick in the poll at the bottom of the page.READ MORE

Billboard released its highest-earning tours list nearly a month ago, but the North American numbers might be more relevant to Music Times' American readers. Taylor Swift took the top spot in her home continent, followed by the worldwide no. 1, Jon Bon Jovi. READ MORE

The Faces tour is not happening, at least according to keyboardist Ian McLagan

Fans of classic rock supergroup The Faces may have to cool their jets for the time being. Vocalist Rod Stewart has mentioned in the last few months that he and guitarist Ronnie Wood were ready reunite the group for a tour during 2014, but other members of the band aren't so hot on the idea. READ MORE 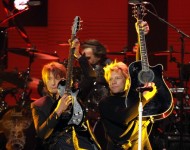 Go to any concerts during 2013? You aren't the only one. Plenty of performers have raked in big bucks via the touring circuit this year, and Billboard has just released its list of the Top 25 tour earners for the last 12 months. READ MORE

The Rolling Stone's have announced the details of a stretch of dates they are calling "14 on Fire" to their Australian tour, according to Rolling Stone.READ MORE 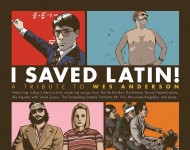 Wes Anderson tribute album, 'I Saved Latin!' in the works for spring 2014