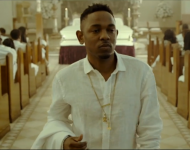 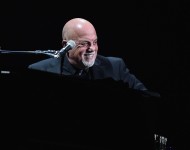 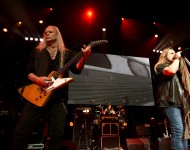 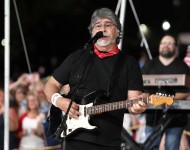 Alabama, the biggest country act of the '80s (and the bestselling country band of all time) has announced that it will release a new album Southern Drawl, which will be the group's first collection of new material in 14 years. Jeff Cook, Teddy Gentry and Randy Owen—the core three that have been with the band since its debut in 1976-will all be along for the ride.READ MORE 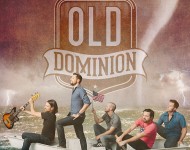 Society always celebrates the records that top the Billboard 200 album chart. Back of The Billboards is a Music Times weekly segment that looks at the opposite end: the new record that finished closest to the back of the Billboard 200 for the previous week. We hope to give a fighting chance to the bands you haven't heard of. This week we look at 'Old Dominion,' the self-titled debut EP from up-and-coming country band that's tight with Kenny Chesney.READ MORE 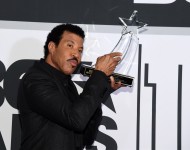 6 Legendary Acts from Alabama, from Lionel Richie to Wilson Pickett

This week's albums chart had an unusual phenomena when the top two spots were filled by performers-Alabama Shakes and Yelawolf, respectively-from the same state. That state, of course, is Alabama. This is the sort of accomplishment you might expect from California and maybe even New York, but Alabama isn't exactly known for churning superstar musical acts. Music Times decided to mark the occasion by giving a brief look at some of the state's best performers over the years...from Wilson Pickett to Lionel Richie.READ MORE 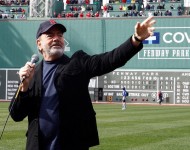 Klay Thompson went HAM this week when his Golden State Warriors faced the Sacramento Kings last week: The shooting guard scored 37 points during the third quarter, setting the record for scoring in just one period, along with the record for most 3-pointers during one quarter. The team probably wanted to sing after finishing the game with a 25-point win, but alas the NBA and team executives have requested the team stop posting videos of the team singing its trademark song. Here are five songs that have gotten banned in sports and how they offended (meanwhile you can also check out a shortened video of Thompson's performance here via Sports Illustrated).READ MORE 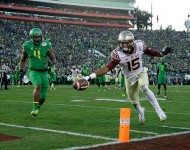 There's little room for argument: The inaugural round of the College Football Playoffs was a rousing success. The two games were played on New Year's Day, with Oregon smashing previously undefeated Florida State and Ohio State upsetting top-ranked Alabama.READ MORE 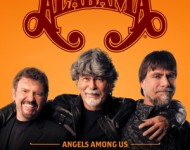 Alabama is Back with a Third Gospel Project

Alabama, who started releasing country albums in 1976 and went on to become one of country music's favorite bands, has a total of 19 country projects and two gospel projects under their belts. On September 30, 2014, the gospel count will rise to three with the release of 'Angels Among Us: Hymns and Gospel Favorites."READ MORE

Being country music royalty doesn't mean that you don't know your way around the kitchen! Many of the hottest country stars of our time love to spend cooking for their friends and family when they're not on the road.READ MORE

Taylor Swift Wasn't The Only One Honored by The Nashville Songwriters International on Sunday...

All the chatter out of Nashville in the last few days has been about Taylor Swift winning her sixth Nashville Songwriters Association International Songwriter of The Year Award (plus the opening of her new education center at the Country Music Hall of Fame). Congratulations to her, but let's give some credit to the four individuals who were enshrined in the NSAI Hall of Fame on Sunday. Swift will get there eventually we're sure, but these guys deserve some spotlight. READ MORE

MercyMe shot their latest music video in Huntsville, Alabama yesterday and the town got in on the party...READ MORE 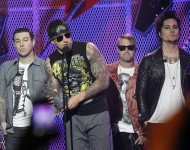 Avenged Sevenfold became the band to knock Luke Bryan from the top spot on the Billboard 200 after his "Crash My Party" led album sales during its first two weeks. Two artists in this week's top 10 are making reappearances thanks to publicity generated by their performances at the MTV Video Music Awards. Check out what happened last week in the Top 10 AlbumsREAD MORE